What's Love Got To Do With It

I used to walk around like this all the time. Yearning. Missing. Feeling the loss of something, something I’d never truly had in the first place. The obvious assumption in those days was romantic love, simply because that was the piece that typically wasn’t there. There was always some impossible crush, some recently departed boyfriend, some long-distance non-relationship holding me at arm’s length.

But even when there was an attentive paramour, there were cracks and corners for The Yearn to come rushing in. Maybe he was leaving soon. Or we didn’t quite understand each other. Sometimes the relationship itself had become pure tedium; a tired struggle to reach some vague nirvana that was never quite forthcoming.

I knew better, but knowing better doesn’t do you a damn bit of good, really. Will power and sober common sense have little jurisdiction over the wild stampede of Must Have Love. When the heart just yearns, they tend to get out of its way. Let her get it out of her system.

Still, for whatever it was worth, I knew better. My absurd romantic ventures happened within smirking, self-aware air quotes. I never dreamed of the material trappings of couplehood; weddings, babies, and so forth. I just wanted the embodiment of wild, poetic good mood swings. I wanted to recapture childhood kite-flying in a cornfield; waterfalls and 1970’s jazz-fluted Sesame Street animations. I wanted adventure, but also to feel treasured and nested and safe.

By the time I actually met a real live person worthy of imposing a lifetime of this bullshit onto, I’d lived through most of my 20’s. The 30’s were all about coming down to earth, settling in and learning how to actually conduct a functional relationship with a live human being for more than a year or two.

It was still dreamy, of course, but over time the dreams became firmly rooted in our joint reality – job hunting, home improvement, doctors appointments, red eye flights back east, waiting at bus stops in the rain. And babies…in all their heartbreaking, sleepless, bodily-fluid-spewing, marriage-overhauling glory. Preschool financial aid forms. Museum membership forms. Those “So Just How Autistic Is Your Child?” evaluation forms. (Remember when filling in bubbles with a pencil meant taking the GRE?)

And gradually, through all of that, we find ourselves simply married, simply a family. This is love in its purest, most earthy sense. This is farmers market love. Organic. The real deal. 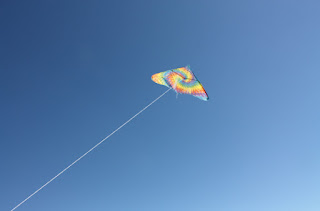 Still, even with all the love and security and happiness…the old habit of Yearn still floats above it. Something still feels at large; in need of being sought.

And I don’t mean that in a crass, red-Porsche-driving comb-over midlife crisis guy, leave-him-for-your-secretary way. It’s not the least bit related to actual infidelity. To mistake it for some call to Madame Bovary action would be missing the point entirely.

It’s not so much yearning for romantic love as it is for romantic fulfillment. It wants Santa Claus. Puff the Magic Dragon. It seeks joy in a purely nebulous, unattainable sense. Embodiment brings it down to earth and essentially kills it, or scatters it elsewhere, back to the elusive zone.

So, basically, The Yearn is an end unto itself. It’s a little wistful, a little thrilling. There’s nothing, really, to be sought that I don’t already have. It’s just that the best of it lurks in hard-to-reach corners, and you can’t really pin it down in a photo album or a vacation or a job or even in your bed. It’s vapor. Its sheer lack of physical presence feels an awful lot like a void, but it’s not meant to be embodied. It’s simply meant to be felt.

I still have The Yearn, it's mostly around having a more lasting impact on the world (beyond my kids obviously).

This is beautiful. I have the same sense, but have never put words to it. Thanks for doing that.