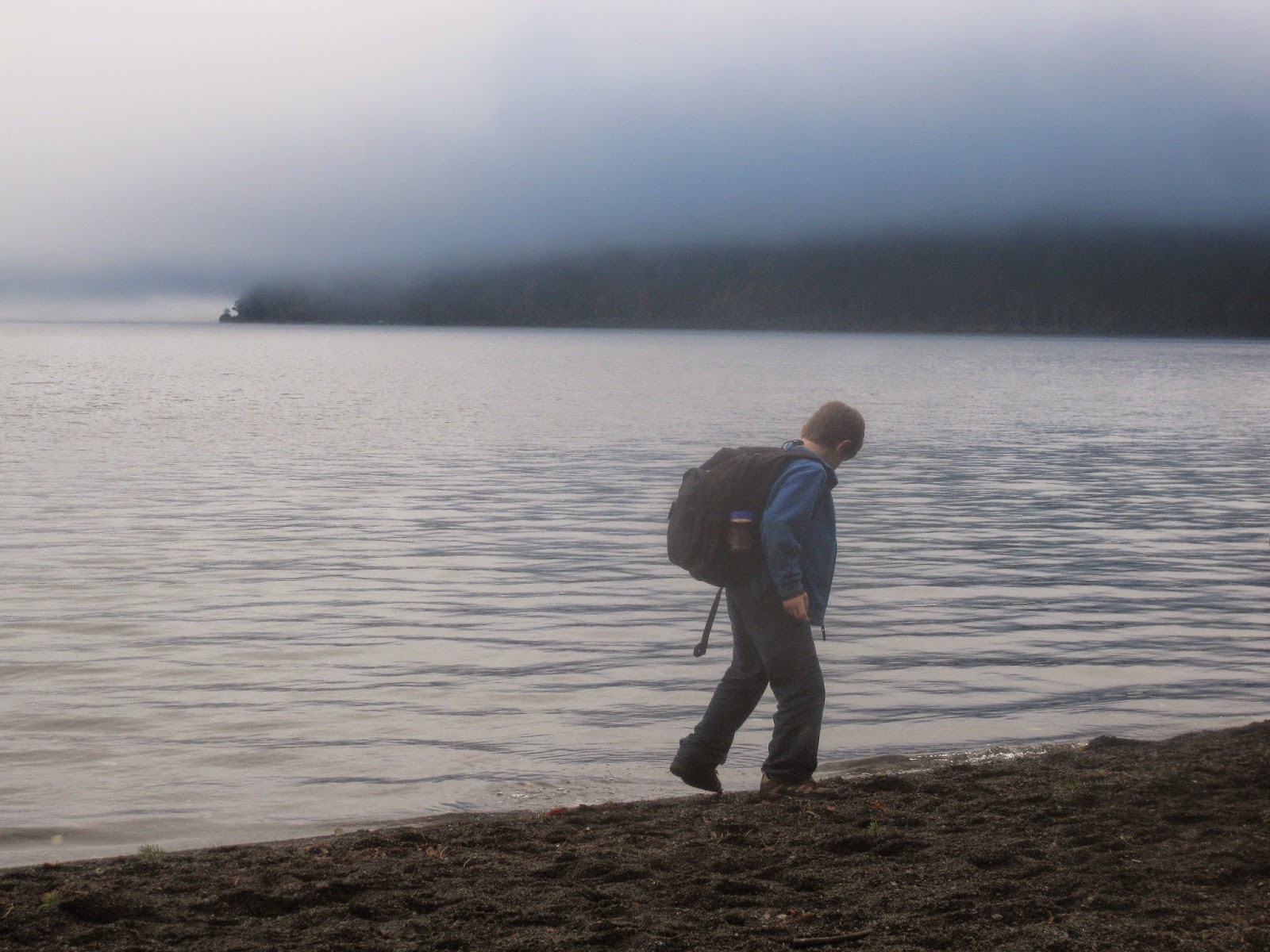 “You were always so good about remembering to bring snacks,” my friend says fondly. We’ve been sitting by the lake while our kids swim, reminiscing about the earliest days when our boys were toddlers together.


She’s right, of course. I used to bring snacks like it was my freaking religion. Fresh ground almond butter sandwiches on whole grain bread. Tillamook cheese. Raisins. Dates. Anything to keep his mood even. He could be so busy and happy for hours upon hours on our outings. But once he’d cross over into the disequilibrium of hunger, frustration, or disappointment…look out.

And I realized as I was answering her: “That’s because for the first six years of his life I didn’t know he had Aspergers. I didn’t know what to do. So I brought snacks.”

And we laughed. Ain’t it the truth. I brought snacks. I took parenting classes and read books. I met with teachers and used expertly extended metaphors to try and explain what I thought I understood.


These days, thankfully, I have a much clearer idea of what to do. And I don’t have to do it alone anymore. But the truth is, there’s still so much I don’t understand.


A new school year is about to begin. His final year in elementary school, in fact. Just to make things extra fun, we’ve got an almost entirely new IEP team – new principal, new case manager, new teachers. There’s also a new academic model of “mini middle school” and the absence of his best friend, who starts middle school for real this year.


I have no idea what to expect. To be honest, I don’t really know what to hope for or even what to worry about. We have a back-to-school team meeting coming up and I feel almost embarrassed to show my face at it.


What am I trying to do here, exactly? Get them to like him? Get them to like me? Get them to somehow promise me that they won’t feel the very human and natural frustration they surely will feel when he paces in their classrooms and interrupts them with semantic corrections and cries when he’s supposed to be writing and refuses to partake of any of the accommodations in his IEP?


I can only imagine how I must look to them. An anxious, well-meaning parent who’s worried about all the wrong things, hyper-focused here and completely clueless there, striving to control the uncontrollable. In the context of all the school’s students and families, all the heartbreaking challenges they face, my earnest and relatively privileged little attempts are going to seem so irrelevant.


So they will reassuringly say “He’s fine, you’re fine, it will all be fine” right up until the moment when it isn’t. He’ll say something rude or storm out of the classroom or worse. And then they’ll want to talk.


Even now, it’s so hard not to take it personally. Which I know is silly. Because I know that teachers don’t “like” and “dislike” students as simply as that, anyway. It’s our work. It’s our medium. You love all your work and all the students in general, but – yes – you’re not a robot, and sometimes you find it incredibly frustrating, too.


I’ve been there myself. Did I love it when a student took my Odwalla juice and dumped it all over my keyboard? Did I love getting bitten and punched? Did I love being called “stupid bitch” by 5-year-old boys? No, I did not. Who would love that?
But…did I love the students themselves?


Yes. No question. They were vibrant and curious and clever and incredibly resilient. They were funny as hell. And at the end of the day, as much as it sucked to work through their less-than-loveable behaviors, it always came down to looking at myself and what I could be doing better as the adult.


I know most teachers see it that way, too. Not all of them, sadly, but most. I have no reason to believe that The Boy’s new IEP team won’t be just as kind and supportive as his old team.


I used to approach these back-to-school meetings as a form of damage control. I’d try to lay everything out on the table and elicit some kind of reassurance back from the team that they would handle any and all future incidents with the empathy, skill, and style with which I would choose to handle them myself.


I recognize the futility in that now. As if a little meeting is going to somehow transform a group of individuals into the sort of dream team I’d envisioned for my kid. They are who they are, and they’re going to do what they’re going to do. They have to understand and follow the IEP and BIP to the best of their abilities. But they don’t have to be me.


I understand that, in their own way, these people also want the best for my son. And while I am painfully aware that they couldn’t possibly love and understand him as well as I do…I can also accept that this is truly okay.


They are going to see other sides to him, find other ways in to him. They might uncover strengths I never knew he had. They are going to make mistakes, and we will deal with that as it happens. I don’t get it right 100% of the time either. I need to let them have their process (mistakes and all), just as I have mine, because that’s the only way their relationship with my son will feel authentic for them. That’s the only way they will truly learn and improve.


Do I actually have the patience and skill to pull this off? Well…do I have a choice?


So much of this business of parenting is a tremendous leap of faith. Faith in teachers, faith in systems, faith in the child himself. Will it be okay? Who the hell knows. My best guess is that it will be okay, except when it’s not. And when it’s not, I’ll be right there with him to slog through and figure it out, just as we always have.

We got this
Posted by Floor Pie at 2:45 PM No comments:

How to "Be There" 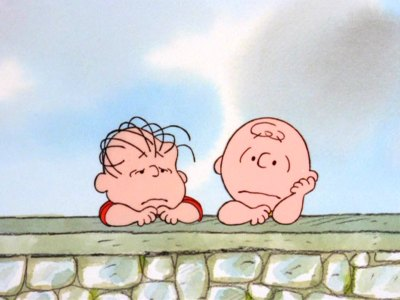 There’s a lot of well-intentioned “Be There” rhetoric floating around Facebook this morning in the wake of Robin Williams’ tragic suicide. And while I agree with the overall message – surely it’s better to be there for a suicidal person than to not be there – I must admit that the oversimplification and (at times) implied shaming is getting under my skin a little. Like everything else you see on Facebook, there’s a lot more nuance to it than that.

So, yes, I feel the need to add my voice to the “be there” chorus. Yes, by all means BE THERE.

Be there…with reasonable expectations. Know that you cannot single-handedly cure someone’s depression. Don’t get discouraged or frustrated with them when your mere presence doesn’t magically make them sunny.

Be there…with small, good things every day. It doesn’t have to be grandiose stay-up-all-night gestures all the time. Bring them a coffee. Invite them to a movie or a walk on the beach. Send them a link to funny cat videos.

Be there…and know that sometimes “Oh man, that really sucks!” is a more loving thing to say than “Cheer up! It’s not so bad!”

Be there…and understand that while you may have disappointed this person many times over the years, you did not make them depressed. This is not your fault. Depression doesn’t work that way. It just doesn’t.

Be there…as quiet or loud as they need you to be. Someone might really want to hear lots of advice and affirmations. Someone else might just need to vent and needs you to listen without judgment. And someone else might really just need a distraction. Not sure how to proceed? It’s okay to ask or offer a choice. “Do you want to talk about it or do you want help taking your mind off it? Do you want advice, or do you need me to just listen?”

Be there…if they actually want you there. It’s okay to give them space. Just check in and make sure that’s what they actually do want.

Be there…but recognize that someone else’s depression doesn’t necessarily trump your own. Take care of yourself, too. Even if you don’t suffer from depression yourself, it can be incredibly helpful to check in with your own therapist for advice and support.

Be there…to the extent that you are truly able. Understand that there are circumstances under which it’s just as heroic to call 911 or ask another friend or family member to step in.

Be there…on your own terms. It has to be said: You don’t owe anyone your body against your wishes. You can’t screw anyone back to health. All jokes aside, I’m willing to bet that getting laid has probably never stopped a suicidal person from committing suicide.
Be there…ONLY if you feel safe. There’s a Facebook post making the rounds that says it all:


Hell. To. The. YES. If you fear for your own safety, or if you’re just exhausted and broken from constant emotional and/or verbal abuse, you can leave. Call 911 if you’re worried he’s going to attempt suicide after you leave. Call mutual friends or family members and ask them to step in for you. An abuser’s depression does not trump your safety and well being. Under any circumstances. Ever.


And that’s my two cents on the whole “being there” thing. For some really helpful background info on depression, nothing says it better than Hyperbole and a Half’s excellent story from a few years back. Here, read it again.
Posted by Floor Pie at 8:07 AM No comments: