This is Your Marriage on Hospital Drugs 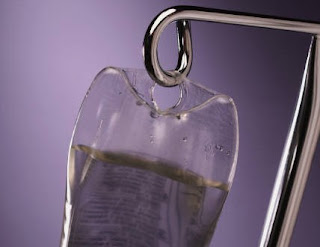 The euphoric combination of Not Cancer and hospital drugs lasts maybe 24 hours, tops. And what a lovely 24 hours it is.

We drive home, all four of us, like we’re coming home from the airport or something, weary from some journey, more excited than usual by ordinary things. I find some recipe on the Internet and he tells me over and over again how good it is. The kids go off to play and we have a talk, a real talk, in which we challenge ourselves and think outside our respective boxes, trying on the roles of Grown Up Husband and Wife at the height of competence, taking challenges head on, discussing solutions.

The next day, though, it’s all about pharmacy bills and deductibles and how the hell are we going to pay for this business of aging, of holding ourselves together? Maturity wants to give way to petulance, and maybe that’s really the most logical path because you know what? It’s not fair. No fair.

I always thought it would be me. It always has been me, hasn’t it, from migraines to miscarriages to the various cysts and scares. And who knows, it still could be. But him. He’s too smart for all this somehow. Too logical. The sober yin to my raging yang. How did he get here? Neither of us quite knows how to handle this perverse role reversal.

While he retreats into Stoic Adolescent, I stumble upon an old role, the role of Woman About to be Left. It’s a strange place to inhabit again, after all these years. The lying awake through sheer exhaustion and exhilaration, an awkward nestle into an odd angle of his shoulder, yearning to sleep but savoring every minute holding this sleeping person, feeling his impending distance.

Which is ridiculous, on the one hand, because nobody’s actually leaving. There are dishwashers to unload, checks to write, tedious arguments to have, emotional cues to miss, lunches to pack. It’s not like the old days. When a relationship used to make you this sad, it meant the other person was Wrong For You and the only logical course of action was to move on, set yourself free into that world of possibilities, that sea full of fish.

Does it hurt more, knowing that when we do ultimately “leave” each other, it won’t be by choice? Oh yes. Hurt doesn’t even come close to describing it. Decades away, we hope, but it seems to loom so near when we get these little hospital gown’d glimpses of mortality.

So…we put it out of our minds as best we can. Enjoy each other, savor all the little poetic moments, carpe diem and so forth. And…well…keep standin’. Through love and absurdity. Stój zawsze przy nim. 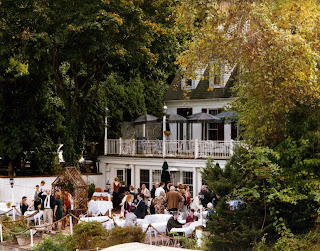 2001. Ours was the third in a series of family weddings that year. Boston in August, Newport Beach in September, and the grand finale in New Hope, Pennsylvania in October. We were living in Seattle by then, but most of our friends and family were still on the east coast. Destination wedding!

We’d just gotten back from the Newport Beach trip feeling so happy. Even on the drive to work that morning I couldn’t stop smiling, remembering all the fun we’d had and anticipating my own wedding – only a month away now. Even the AIRPORT CLOSED sign didn’t raise much concern or curiosity. Good thing we’d flown in the day before, I thought. I was handing out Disneyland souvenir pens to my co-workers when I first heard the news.

One sobering month later, we locked up our house in the dark and loaded our wedding-couture-filled garment bags into the airport shuttle van. It seemed wrong, somehow, to completely indulge the giddy anticipation and visions of sugarplums. The airport was nearly empty and eerily quiet. No one spoke as we waited to board our flight.

In Pennsylvania, American flags abounded. They hung on doorways, from cranes on construction sites, on lapels in ribbon form. Back in Seattle, we’d seen the same shocking images on CNN, felt the same deep sadness and confusion. But here in the northeast, it was raw. Real.

Somehow, though, a wedding was exactly what was needed. There were my sisters, my parents, and my old beloved Pennsylvania autumn. There was the man I loved so much, together for nearly four years at that point but still very much in the early wide-eyed throes of it. Everyone was so excited, so ready to come together and just be happy again, throwing ourselves into the joyful project of pulling this wedding together. 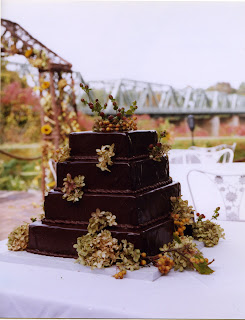 And pull it together, we did. Sunflowers. Baked brie. Falling leaves by the Delaware River. Chocolate raspberry cake. The best, most wonderful circle of friends and family. Pure fun. Pure love.

Life moved on pretty quickly from there. Our dreamy wedding gave way to the realities of marriage, and the dreamy “United We Stand” mood of the early post-9/11 weeks gave way to…well, you know.

Funny how those dreadful political years became the backdrop for some of the happiest, most monumental moments of our lives together. We were watching Fair Game the other night and I kept mentally comparing the story’s timeline to our own. That’s when we got married. That’s when I found out I was pregnant with The Boy. Et cetera.

I guess it feels like ten years – personally and politically. I can’t quite believe where we’ve been. I can’t quite fathom where we’re going. There will be joy and distance, absurdities and hope, setbacks and triumphs. It reads like a narrative, but really it’s a process.

Happily ever onward.
Posted by Floor Pie at 12:51 AM No comments: 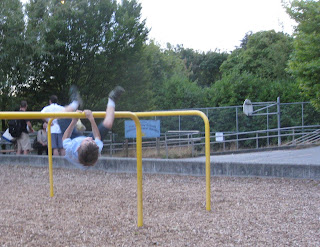 “ELL, Special Ed, and an assortment of behavioral problems are mainstreamed on the backs of average students.”

This from the school board candidate I was supporting. I’d put up a yard sign and everything. Now it looks like I might have to go out there in the rain and rip that sign out with my bare hands because, excuse me, “mainstreamed on the backs of average students”?!

I mean…I get it. I do. Teachers are spread incredibly thin. The more variables you dump on them, the less time and energy they have to actually teach. And, for what it’s worth, I was that so-called average student back in the day, sitting stoically through the chaos, sometimes learning, sometimes not, counting the minutes until the dismissal bell. And now I’m an average mom with an exceptionally brilliant, anxious, super-charged, sensitive, anything-but-average little Aspergian.

I didn’t mainstream him on anybody’s back. I hadn’t intended to mainstream him at all. Believe it or not, we special ed parents are just as afraid of “average” students as you are of us. You think I want to expose my little boy-child to the teasing, the judgment, the scapegoating, the willful ignorance, the ostracism? I pulled him out of general ed last year, not even knowing where the hell the school district would reassign him and not caring, because I knew it had to be better than where we were. I had no idea he’d end up right back in another general ed classroom at a different school, mainstreamed before we’d even had a chance to de-mainstream.

But you know what? It’s working for him. With a supportive principal, a caring and dynamic classroom teacher, support from a well-equipped special ed staff, and one very, very engaged mother, inclusion is working for my son.

Is it working for his “average” classmates, upon whose backs he’s supposedly been mainstreamed? Hard to say. I’ll admit that sometimes The Boy can be a downright pain in the ass. But having spent a fair amount of time in that classroom, I’m quite confident that he’s not the only one. Kids bump up against each other in all kinds of ways in a school setting. They cry, they tattle, they tease, they shove, they make the most unpleasant sounds and smells.

It’s not so much that the “average” ones have to endure the different ones; it’s that they’re all enduring each other. For the most part, they really do adapt to each other’s quirks and differences. They adapt a whole lot better than the adults do, that’s for sure. And they adapt especially well when the adults set a tone for acceptance.

Inclusion doesn’t work when the teachers resent it, the principals don’t support it, and the special ed services are spread thin-to-nothing. It sure as hell doesn’t work when other parents regard our very presence in the classroom as a threat to their “average” students’ academic success.

But here’s the thing: Inclusion isn’t going away. The school district wants it, most of the special ed parents want it, and it’s on the right side of the law. You can complain about it, you can hightail it to private school, or you can get on board to help make it work. Advocate for better special ed services and support for classroom teachers. Educate yourself about your child’s classmates’ disabilities. Volunteer in your child’s classroom.

Or…just take a moment to smile and chat with the special ed mom on the playground, even if she doesn’t have a friendly look on her face. Chances are she’s too nervous to reach out to you. Let her know she’s welcome. Because she’s a lot like you. And there may come a time when your child finds herself on the wrong side of “average.” How will you want to be treated by other parents when that time comes? Will you want to be seen as a burden, a label, part of the problem? Or will you want acceptance and a sense of community? Might as well pay it forward.

And now, if you’ll excuse me, I’ve got a yard sign that needs removing.
Posted by Floor Pie at 12:59 AM 1 comment: