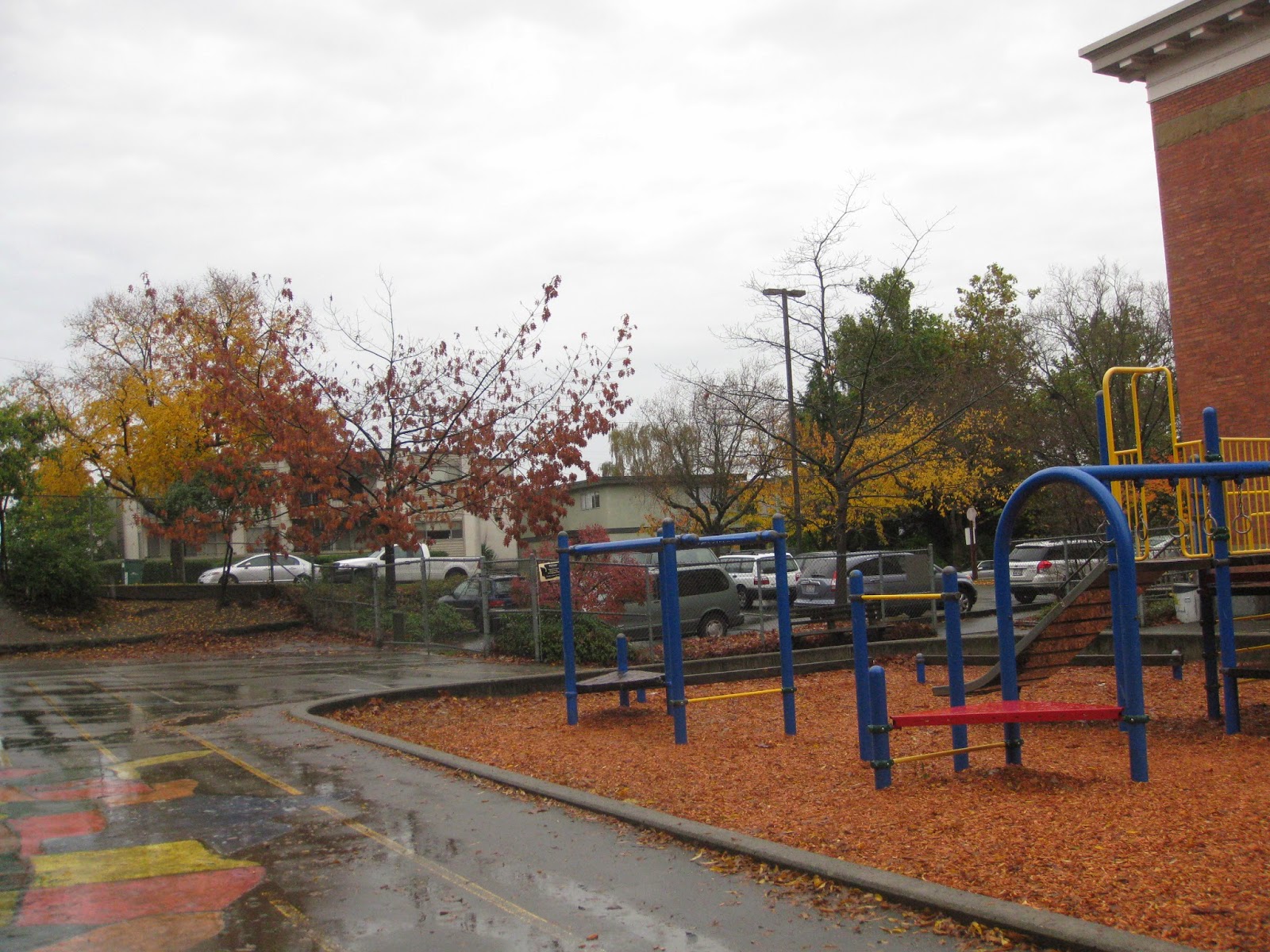 And you may find yourself…oh let’s say running across a crowded playground at dismissal time holding a giant box of Krispy Kreme doughnuts leftover from your class’s party. You’re running away from your lead teacher and your own class, running toward two 4th graders standing toe-to-toe about to get into another brawl. One of those 4th graders is your son. And you may ask yourself…how did I get here?

What can I say. Working at The Boy’s school seemed like such a good idea two years ago. I’d just spent seven years as a parent-teacher in my kids’ cooperative preschool. I’d spent The Boy’s entire elementary school career up until that point volunteering in his classrooms – during the pre-diagnosis years at his old school, at his current school with his 2nd grade classroom, and in that school’s K-1 inclusion classrooms. Pursuing a paid position at his elementary school just seemed like the next logical step.

It didn’t happen right away. I was passed up for three different openings at his school before I conceded that I’d be starting my new career as a substitute parapro instead. By October I’d found a long-term placement at a different school that was working out really well. The principal and lead teacher both made it clear that they wanted to hire me full-time just as soon as they got the go-ahead from the school district. But right before Thanksgiving, the school district gave that position to a displaced employee with loads more seniority than me. On what was suddenly and unexpectedly my last day on the job, I stood in the parking lot browsing through Subfinder on my phone and snapped up a one-day gig at my kids’ school. Nearly two years later, here I still am.

I don’t know what I was expecting – of the job or of myself. I just remember how incredibly joyful I felt during those first few weeks as a sub, working right next door to my daughter’s kindergarten classroom. I barely crossed paths with my own kids during my work day, but when we did it was an absolute delight. Little Grrl would stage whisper hello and wave wildly. The Boy would remain stoic and professional, but his eyes would light up with undeniable joy. When the school day was over, I’d put my 1:1 student on the bus and come back to our room where my own children would be waiting for me. I’d clean up and do paperwork while they did their homework. Then we’d all go home together, curl up in a pile on the couch, and watch Phineas & Ferb. It was perfect.

Meanwhile, I was doing so well at my sub assignment that when another full-time position became available at the school, they actually hired me. I felt like I’d won the damn lottery. And, honestly, I still do feel that way. But my goodness…what a long strange trip it’s been.

For the rest of The Boy’s 3rd grade year, I was assigned to the same special ed program from which he receives his pullout and inclusion services. And almost immediately, his up-until-then successful school year took a huge nose dive.

It might have been a coincidence. There were a lot of other new changes taking place right around my start date. Two special ed programs had recently merged into one classroom, increasing the caseload from 10 to 20 and bringing students with a broader range of age and disabilities into the same room.

Meanwhile, it was January and whatever honeymoon had been happening up until that point was clearly over. Each student’s challenges were increasing in some way –at home or in their general education classrooms or both – and this had an overall domino effect on each other and staff around them. As the students’ needs became more intense, our staff became spread increasingly thin. This made the general education classroom teachers feel more anxious and, in some cases, resentful of the challenges our special ed inclusion students presented. Which only fueled our students’ challenges even further.

So, yes, there was a lot going on that may have contributed to The Boy’s sudden dip in behavior. But perhaps seeing his mom in the hallway at school all the time was the tipping point.

Sometimes it was too much for me, too. On the one hand, seeing him around during the school day was an incredibly visceral reminder of why I came to this career in the first place. Seeing my own son struggling with the very things my students also struggled with helped me see the “mother’s son” in all of them. It drove me even harder to bring my best to them; to do for them what I would want for my own son. 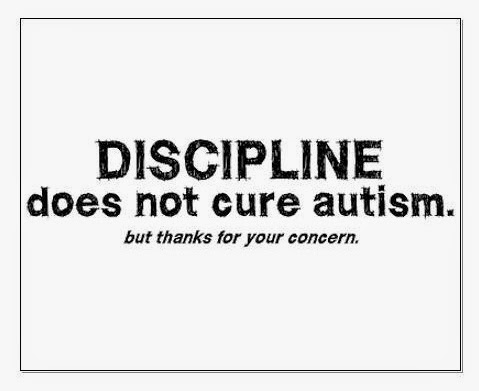 It was incredibly hard to maintain a professional distance when my colleagues took an ineffective approach with him (even though I might have done the exact same thing in their shoes). I’d try and back off and let them have their process, just as I would want to be allowed to have my process. They were thoughtful, flexible people, I told myself. They’d get it right if given the room to get it right. Sometimes I was Zen enough to pull that attitude off. Sometimes…well, I tried, is all.

There were other sore spots too – pretty typical of any workplace, but harder to brush off when your own child is involved. There was the sullen, disgruntled lady who was openly looking for another job and had certain favorite students and colleagues. The Boy was not one of them. And neither was I. Then there was the cantankerous, chauvinistic older dude who asked me during my first week “Are you sure you want to do this? You’ll spend all day with special ed students and then you’ve got one of your own at home, one you’ll probably be taking care of for the rest of your life.” When things got challenging with The Boy, this man’s go-to was to call for me over the radio with an air of blame, regardless of whatever else I happened to be doing.

Worst of all, I got to see first hand how some of the classroom teachers really regard special education inclusion students and staff. I would be sitting right there at lunch trying to eat my little yogurt while this one lady would rant about how the EBD students were “a burden on society” and how my colleagues and I “don’t do anything.” And I had to sit through a staff meeting where more than one teacher insisted that special ed students are the only ones who run in the halls, and when typical peers do it it’s only because they’ve seen special ed students doing it and that’s where they got the idea.  I tell you, by springtime I was eating that yogurt all alone in my car. 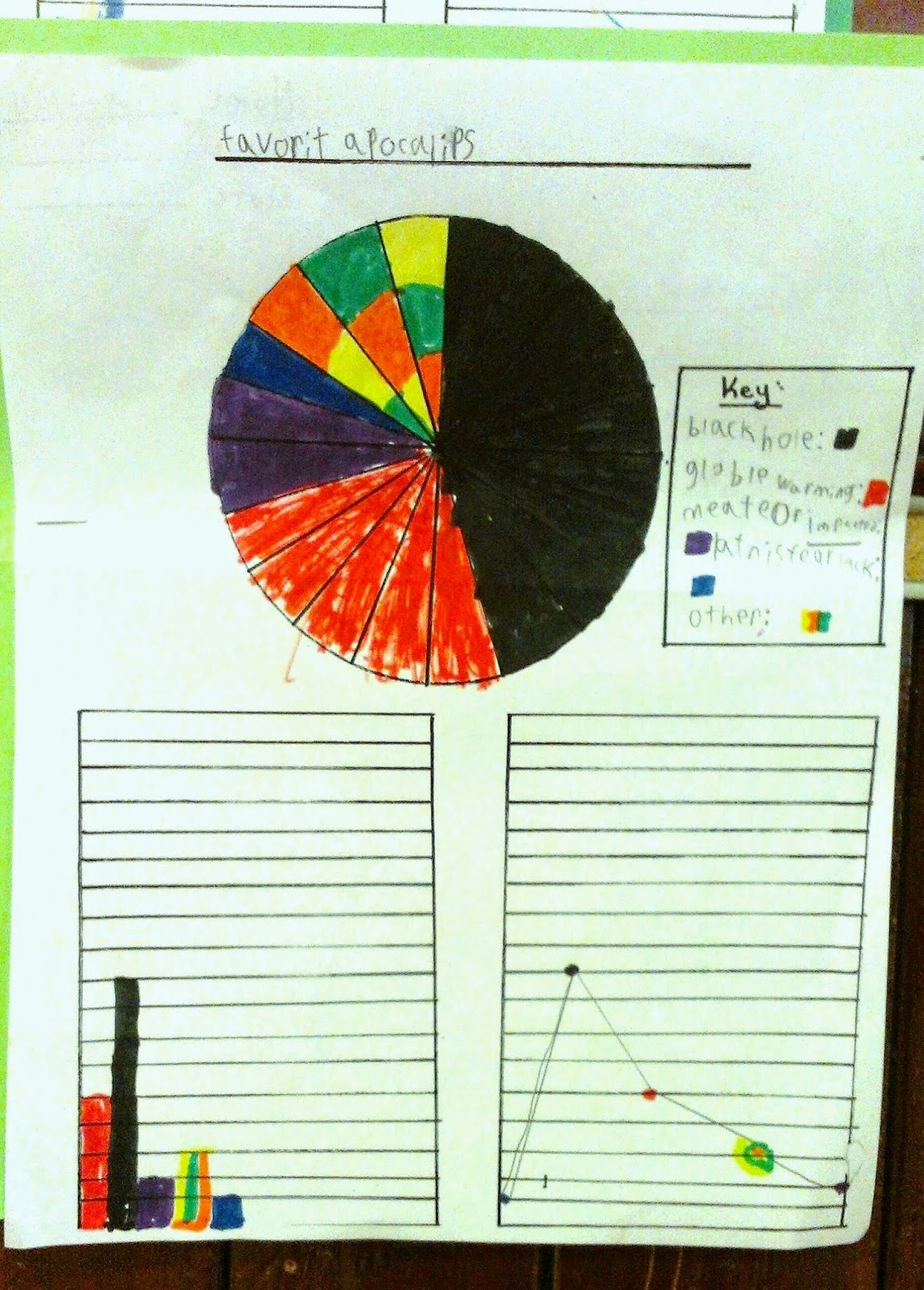 The following year, I was transferred to a different special ed program in the same building with one of my favorite teachers, and I was having one of the best years of my life. Honestly, I cannot say enough good things about the experience. It was amazing.

And yet, despite the prevailing theory that The Boy’s challenges had been due to my presence in his special ed program, my transfer did not seem to make much of a difference. He continued to refuse to set foot in the pullout room and basically decided to exit his own IEP. After a brief back-to-school honeymoon period, the behavior challenges persisted.

Feeling slightly more empowered now that I wasn’t working directly under his case manager (why did that ever seem like a good idea in the first place?), I asked for another IEP meeting in the fall. We finally worked out some real solutions that have, for the most part, worked very well.

Plus, he has a classroom teacher who gets him. She’s a big neurodiversity advocate and genuinely delights in the quirks and cleverness of her autistic students. So, naturally, I have heard through the workplace grapevine that this teacher “accommodates him too much.” Whatever that means. Reminds me of the time a colleague at another school told me I have too much empathy.

Our old friend Teacher Tom said in a recent post:

Whenever I write or talk about treating children as if they are fully formed humans and not just incomplete adults, there are some who ask me about (or even accuse me of) “spoiling” the kids.

And he’s a well-established, widely respected preschool teacher. So imagine the professional response to someone like me – an earnest little neophyte on the lowest hierarchical rung of a huge public school institution and a mom, for Zod’s sake – when I suggest this point of view.

Something changes in their eyes. It’s like a closing of sorts; closing and reassigning me to a different category. I’m not sure which. An activist? A hysterical parent? One of “them”? Occasionally I sense resentment. But more often, I sense pity. These people have been at it a lot longer than me, and they have a very sobering perspective on what the cold world of public middle school and greater society’s attitude toward mental health issues will have to offer a child like my son. They’re only trying to help.

I’ve spent an awful lot of time these past two years sort of chasing my tail, trying to reconcile my ideals with the realities of my chosen career. I have no conclusions yet, but I do have a distinct sense that I’m learning…well…something. That this isn’t easy? That nothing is ever black and white? That even with the courage of your convictions, you’re going to end up needing to compromise sometimes and what is that going to look like? What do you even believe anymore and how are you going to get there?

And what about The Boy? Now that I’ve had an up-close-and-personal look behind the scenes at a public school special education program, do I still have enough faith in the system to keep him enrolled in it? And either way, do I really have a choice? 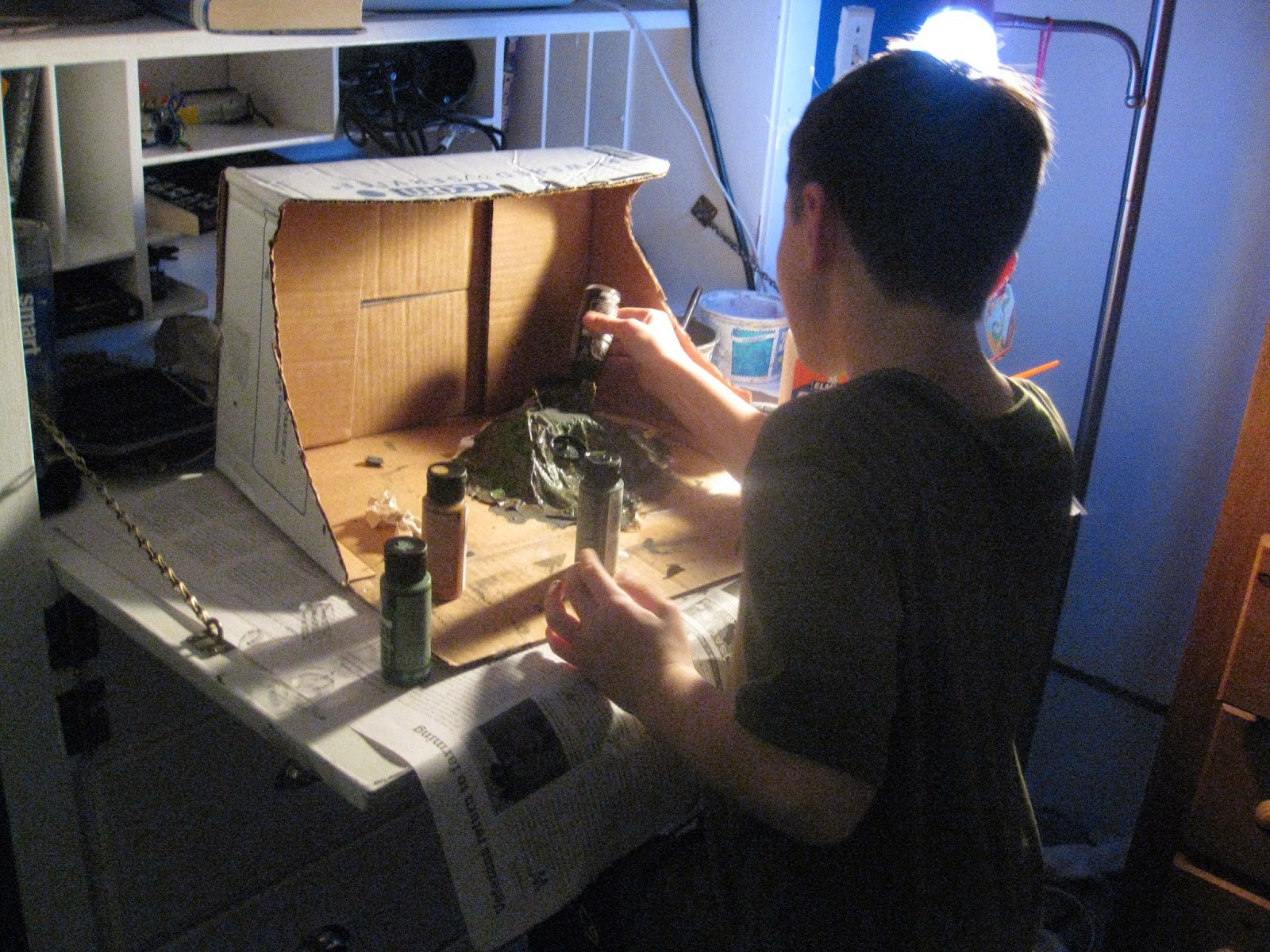 “What you don’t realize,” a good friend told me recently, “is that your son is going to be okay.”

And he went on to remind me of what I already know: that my son, like all children, is incredibly resilient and incredibly himself. These students…they’re just going to be what they’re going to be, what they’ve been all along. They will ultimately grow into adulthood in their own deliciously imperfect ways and succeed almost in spite of whatever happened to them in school. They’re on a trajectory. All we can possibly hope to do is help them more than we hinder them.

I don’t know what’s going to happen. I only know that I will always fiercely support The Boy in my role as a parent with the enhanced knowledge I have from this job and from what I will hopefully learn in graduate school.

And I will rest assured with the knowledge that, like my friend told me, he is going to be okay. In the end, he always rallies. He has good friends, intellectual curiosity, passionate interests, academic success, and an evolving sharp sense of humor. He has adults in his life who believe in him. He is fundamentally himself. He is on his path.