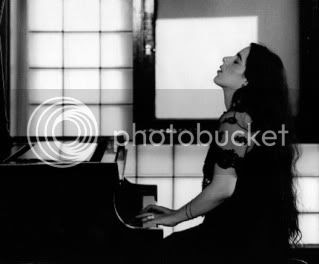 Finding Nyro
There’s not much in my music collection that I can truly claim as my own discovery. Most of my favorites came through some zeitgeist bellwether or other – in the cool kids’ dorm rooms or some boyfriend’s mix tape, drenched in peer approval. My taste never quite followed the mainstream, but it definitely stuck to a rather predictable canon of late-1980’s-and-90’s alterna-chick music (Suzanne Vega, Kate Bush, Jane Siberry, Throwing Muses, PJ Harvey, Sleater Kinney, etc).

But Laura Nyro? I found her all by myself, almost by accident and perfectly backwards. A contemporary of Joni Mitchell, she predates all my college-girl favorites and influenced many of them. But it was the summer of 1997, just a few months after she died, when I heard her on the radio for the first time.

I was clearing out my cluttered non-profit office, preparing to move on to my first-ever corporate job. WXPN was playing all its favorite artists alphabetically for some reason. They were up to the N’s, I guess, because all of a sudden “Eli’s Coming” came warning, pleading, pulsating from the tiny radio speakers, stopping me in my tracks. That powerhouse voice; the seemingly endless layers of soulful harmonies, instrumentation, and Nyro’s wild piano all driving the anxious pace of the song . . . until it slows and swoons to a bittersweet surrender. “Eli’s coming, better hide your heart girl.” How did she know? I scrambled around for a post-it note and jotted down her name when the DJ announced it. I spelled it “Nero.”

Soon Eli and the Thirteenth Confession took up permanent residence in my CD player. I had a week off before starting my new job, and I was spending every minute of it practicing with the new graphic design software while Laura wailed in the background. “Poverty Train.” “Stoned Soul Picnic.” “Eli,” of course. That whole summer was a stark, lonely time of transition, but her music filled in every corner of the empty spaces. Sometimes I’d just lie on the floor right next to the speaker and bask in every nuance of her songs.

Cover Girl
I was surprised to recognize some hits I knew from other bands covering them (especially after I got Time and Love: a Laura Nyro Tribute Album). The Fifth Dimension’s “Wedding Bell Blues,” for example, used to irritate my socks off. Then I heard The Roches’ joyful version on Time and Love, infused with all the boisterous, wistful joy of unrequited love. “We used to hear this song on the radio when we were kids – that big Biiiilll! busting out of the speakers,” Suzzy Roche reminisces in the liner notes. And then I finally heard Nyro’s original version, thick with sunny harmonica, that syncopated piano, and her big voice. Never thought I’d love a song that pleads so unapologetically for marriage, but there it is. It’s one of my favorites.

And I was overjoyed to rediscover “Stoney End.” I’d first heard Barbara Streisand’s version in middle school aerobics club. (Yes, yes, drama club wasn’t offered that quarter. Shut up.) I was only 12 and not much into non-show-tune music, but the lyrics just grabbed me:

Whoa. It was like a smoke signal of sorts. I was this vaguely intense little oddball, but I'd found a sign that such intensity really exists in the world and at least one grown-up was singing about it. After a few weeks, though, the aerobics teacher replaced the song with “Disco Inferno.” I kind of forgot about it over the years, especially by college when Streisand was definitely a signifier for “not cool.” How incredible to find “Stoney End” again after all those years, first through Beth Nielsen Chapman’s soulful, heart-breaky version on Time and Love and then Nyro’s gorgeous original with her breezy delivery of those heavy-hearted lines. How had I missed all this? How was I only just finding Laura Nyro now? 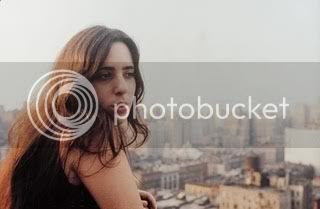 Who Was Laura Nyro?
Michele Kort’s outstanding biography, Soul Picnic: The Music and Passion of Laura Nyro, addresses that question pretty thoroughly. Many people haven’t heard of Nyro because, it seems, being heard-of simply wasn’t a huge priority for her. Being heard . . . making incredible music to be understood and appreciated on her own terms? Yes. But being famous? She didn’t really see the point.

She is known for supposedly bombing at the Monterey Pop Festival in 1967 at the very start of her career. Kort does a great job exposing that myth – a myth that Nyro herself seemed to perpetuate more than anyone. With her long gown and early-60’s-girl-group- inspired songs, Nyro’s style was out of synch with the festival (which launched such acts as Jefferson Airplane and The Mamas & The Papas). And from Kort’s description, Nyro’s performance fell short of her own expectations. The crowd was lukewarm; the house band had a hard time keeping up with her. Still, when you watch the clip she is positively spell-binding and the crowd is polite, if not enamored. And this supposed failure didn’t hold her back from joining forces with a young David Geffen, who adored her and oversaw her most successful albums.

Kort’s book tells the story of Laura as a wildly talented teenager who’d cut class at the High School of Music and Art to sing in subways with her harmony group. Just a few years later she was recording kick-ass album after kick-ass album with an enviable amount of creative control. She wore outlandish dresses, decorated the studio with candles, and rode a horse-drawn carriage across Central Park to her recording sessions. She was the quintessential over-the-top theater chick – but with overwhelming talent to back it up, turning out a uniquely amazing album a year from ages 19-23. 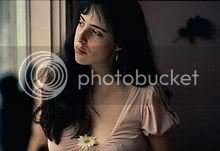 Nested
Those early songs are full of such fire . . . the wild joy, the unashamed yearning. I felt every minute of it during my first Laura Nyro year, wishing that I’d had her music with me for all my stormy years. I hadn’t exactly walked in her shoes, but I sure had cried at the corners of the squares. I’d savored the seedy-mellow bliss of “Blackpatch” and “Sweet Blindness”; the ripped-out tears and gritty urban poetry of “Gibsom Street” and “New York Tendaberry.”

There’s a whole collection of less-celebrated (and perhaps more homogenous) jazzy/ethereal albums from Laura Nyro’s later years. As Kort details in her book, she’d been through a brief marriage, followed by a head-over-heels love affair, finally nesting happily into single motherhood and eventually partnership with artist Maria Desiderio. Fittingly enough, I didn’t start paying much attention to those later songs until I was at a nesting stage myself.

As I was preparing to move to Seattle and couple up with Mr. Black for good, I found myself drawn to the dreamier songs like “Smile” or “Mr. Blue.” And when I was first stumbling through the earliest days of new motherhood, I’d prop myself up on the couch and nurse the baby in a sleep-deprived daze to Nyro’s later work. “To a Child” was an obvious favorite:

The songs are lush perfection; “easy listening” in the very best, most artistic sense of the term. Though the music is more subtle than Nyro’s earlier work, the lyrics still sneak up and grab me with every bit of the old intensity. Especially songs like “A Wilderness,” when she’s singing about herself as soft, ethereal mother and her wild child. Singing my life, in other words.

Many people pass by
Caught up in roles and rules
Many rivers run free
I don’t want to crush the wilderness in you, child
Or the wildness in me
How do we keep them both alive?

Which is pretty much everything I’ve been trying to say about me and The Boy all along. There are times when parenting tears me in so many different directions at once. And my boy in particular . . . so entirely mine but so confounding, always. Again: How did she know?

Why Chick Music?
I don’t want to get all fan-ish and imagine parallels between myself and this amazing musician I never met. Every introspective girl and her Birkenstocks over-identifies with at least one chick-music icon, and I suppose Laura Nyro is mine. But it’s not as cheesy as it sounds. It’s downright logical, actually. If you’re caught up in a haze of feelings and then some artist comes along and just sings about them, expresses them with this incredible poetic understanding. . . well, you’re going to want to latch onto that artist, aren’t you? Nothing wrong with that.

It was an interesting weekend on the Internets for me. On Offsprung (my favorite parenting Web site), there was a good discussion about the realtionship between intelligence, creativity, and depression.

As someone who's dabbled in all three, I was inclined to argue against the notion that medication for depression and anxiety inhibit artistic ability. Sure, we might not want to imagine an art world where Van Gogh's on Prozac. But, as I said in that discussion, most of us aren't Van Gogh. Most of us aren't even that guy who paints on PBS. And depression and anxiety can be huge roadblocks for whatever creative potential is there in the first place.

But then I went over to Open Salon and saw there was an open call for stories about "Facing Your Worst Fear." (As if I could pick just one!) But when I was really honest about it, there is one fear in particular that's been sucking up more than its share of my energy, brain power, and mood. Could I do it? Could I write from a place of anxiety and produce something worthwile?

Well, I wouldn't call it Great Art or anything. But it did get an Editor's Pick on Open Salon. Um . . . hooray for anxiety?