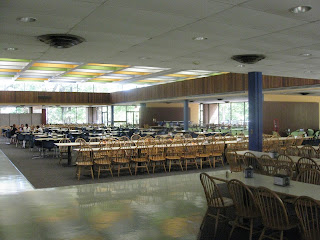 Jason died in June. I’d been waiting for school to end so I could give him my full attention, as I knew things were getting more serious. When school is over, I told myself, I’ll send him the best care package ever. With a beautiful letter and photocopies of all the old Planet X cartoons and old photos and lots of good stuff. But then it became clear that he wouldn’t hang on even until then. I poured my heart out in writing and asked our friends back in read it to him.


On the first day of summer vacation, it started raining again. Mr. Black left for a business trip. The kids were watching Adventure Time. I checked my e-mail. And I learned that our Jason had died that morning, peacefully and in accordance with his wishes, surrounded by loved ones.

The summer rain was relentless and cold. I laid around in bed and went digging through my old notebooks looking for him – notes he’d written to me in class, hilarious quotes of his I may have jotted down. I kind of OD’d on it…all those memories, tangled up like necklaces in a drawer. It wasn’t long before I was missing and yearning for everything. Those people, that time, that place…and the “me” that loved them all so much and then, in bitterness and sheer embarrassment, pushed them all away.


I’d been living in for about a year when Jason had called me out of the blue. He was HERE! In ! RIGHT NOW! When did I want to get together?


All I felt was annoyed. They always did stuff like this, those long lost friends of mine. Long periods of silence, unreturned calls, then just drop in with no plans or consideration for the fact that maybe I might be doing something other than hoping they’d call. So I said no, sorry. As it was, I was heading out on a date with Mr. Black. And I wanted so much to finally, finally be too cool to care that they were too cool to care.


As if it was somehow self-respecting to push away a friend like that. As if I could teach any of them anything or repair any old wounds with that move. As if it were actually possible to “move on,” snap your fingers and just not care anymore.


Losing Jason made me realize that I do care. About all of it. All of them. And apparently an awesome life 20 years later isn’t enough to cancel out these feelings entirely. I care because I care. They were some of my best friends. We thought we understood each other so well. We made each other laugh endlessly. We lit each other up. You can’t just forget that, no matter what happens.


But caring doesn’t necessarily restore anything. It’s not like the old rom-coms where all it takes is a well-spoken “I love you” and the band’s back together again and some dude’s running through an airport to win you back. When you care, that’s about you. Not them.


A week went by. The rain stopped. I got up.


I had tests to study for. I had kids to take to swimming lessons. I had new kittens to find. There would simply have to be new kittens. (My dear, sweet little Mia died back in March after a long battle with kidney disease.)


The grieving wasn’t over. But it wasn’t solid, either. There was nothing to say, no closure to impose; just feelings to feel. And those feelings changed from one moment to the next.


I absolutely love what my life has become. But I can no longer see it as this linear path with college in the distant past and my grown-up life as the only thing in front of me. All my old “lives” mingle and flow together, all for one and one for all. And everyone is still very much with me. They always have been. And nothing is truly over.


I went to our old college town for the memorial service and there it all was: The campus with its low stone wall where we’d sit and give the peace sign to passing motorists. The old A&P, which is now a Whole Foods. That cute boy who was my first college crush, now a middle-aged parent like myself, sitting with me on the patio sharing blueberries and talking about those first insane weeks of school with such simple, sober perspective.


And that fancy hotel where some of us worked and where visiting parents would take us out for lovely brunches…well, now we’re leaving our rooms and taking the elevator down to the main floor to honor and celebrate the life of our dear friend Jason. Here we all are. Older, wiser, and not all tangled up in each other’s drama anymore, but so very us, forever and always.


We told his stories. Made speeches and read poetry. Played his music. (There was that voice again. His voice.) And in honoring and celebrating Jason’s memory, we honored and celebrated our own memories, too. No more dismissing it as meaningless adolescent drama / stupidity / naivety / grandiosity / whatever. We were here. This mattered. Attention: paid.


Back to . Back to school, where there is a new job with the same wonderful teacher I worked for last year, and a classroom to get ready for our new students. Back home, to my children and husband and new kittens. Back home to finish out a beautiful summer. And to start again, with all the good and the bad and the old and the new inextricably, lovingly, hopelessly tangled.
Posted by Floor Pie at 10:49 PM 4 comments: