Me and Disco Stu 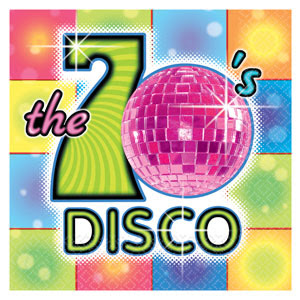 “You have to go to the Tin Angel!” everyone insisted when I told them I was moving to Philadelphia. What can I say? I ran with a folksier crowd in those prairie-skirt wearing, WXPN-listening days.

So, after some early weeks feeling under-pierced and just plain lonely in the big city, I set out to find this place. I was such a country mouse in those days, I didn’t even understand about bars being closed on Sundays. Or that it wasn’t just a bar, anyway, it was a venue and I’d most likely have needed a ticket to get in. So, now what?

There was a coffeehouse/deli next door that was open. I decided to just sit with a big juicy mocha, contemplate this latest setback, and head back home in the spirit of “better luck next time.”

“Are you an intellectual?” he asked, throwing me for a loop. Raise eyebrow, hope he’ll go away. “Oh, be intellectual! It turns me on!”

I must have looked flustered, because his friend intervened at that point, trying to redirect the guy. Realizing it wasn’t going to happen, Phil turned around and yelled at me “You know what your problem is? You missed the seventies!”

And Phil Seventies went on a rant about how my generation isn’t any fun, with our “safe sex” and “irony” and “grunge” music/fashion. We just didn’t get it. His friend apologized and ushered the guy out the door.

Alone again. I supposed solitude was better than letting Phil Seventies seduce me with his disco-era charm simply because I was the only woman around on a slow night. No regrets letting that particular opportunity slip away.

But I wondered about him. How did he come to be in Philadelphia on a Sunday night trying to get laid in a John Travolta costume in an empty Food Tek, pissed that it’s not the seventies anymore?

Years later, I told the story to Mr. Black, who found it every bit as funny and baffling as I did. Was the guy really that clueless? Had he recently arrived in 1994 in his Delorean time machine? Was he coming from a costume party and just really, really committed to staying in character? My theory was simply that he was recently divorced, hadn’t been single since 1978, and assumed nothing had changed since then. But is that possible?

“It would be like you going to a club dressed as Kurt Cobain and yelling at everyone that they missed the nineties,” I joked.

And then we realized…oh wait. It is possible.

Well, not the going-to-a-club and yelling-at-people part. But in our own small way, we are now every bit as antiquated as Phil Seventies was back in 1994. We still dress in irony-T’s and flannel. I haven’t bought a new album since Sleater-Kinney’s last one. Today’s youth culture makes us cranky. We were watching the Homerpalooza episode of the Simpsons the other day and realized that we are Homer in that. 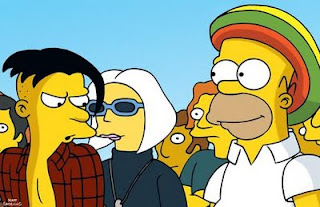 Bart: Dad, please. You're embarrassing us.

Replace those bands with Screaming Trees and The Cranberries, and here we are. We don’t even watch the Simpsons-of-today anymore; we just watch our old favorites from the early seasons on DVD. Hand me the Geritol.

I guess I can see why Phil Seventies was bitter. Aging really sneaks up on you. I feel every bit the same “me” that I was in my cute, smirky youth. But now I’m walking around in this fortysomething body with all these weird aches and pains in the morning. My spirit hasn’t changed, but everything else is changing all around me, constantly. And time seems to move so much faster.

I’m sure Phil felt like the same “Phil,” too. He used to feel at one with his time and place, and now it had just slipped away, replaced by a lonely weekend and some smart aleck hippie wannabe loner who wouldn’t give him the time of day. No more discos, no more Farrah hair, no more wild unbridled seventies-style fun. No more youth.

I get it, Phil. I still don’t want to sleep with you, but I get it.