Back to the Prairie 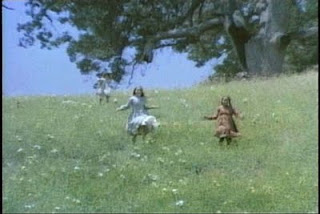 My summer reading list has been a strange combination of Aspergers this, special ed that, and…Little House on the Prairie? Not the books. Not the TV show. Books about the books and the TV show.

The best by far was The Wilder Life by Wendy McClure, in which the author and her boyfriend set out on a series of road trips to visit all things Little House. McClure delves into the beloved books of her youth, examining history and nostalgia; the books’ cultural impact and wide variety of fans; which parts were fictionalized; whether the books were mostly written by Laura Ingalls Wilder herself or by her daughter Rose; the books’ occasional cringe-worthy racism and politics; the sweetness and absurdity of Little House tourism; and the author’s own need to connect so deeply with the Little House world again in the first place. Loved it.

The other two books were more beach reads and Hollywoody than I usually prefer. But how could I resist Confessions of a Prairie Bitch by Alison Arngrim, who played Nellie Oleson on the TV series? Delicious. I wish I’d stopped with that one instead of slogging through Melissa Gilbert’s Prairie Tale, which read like a Twilight book without the vampires. Likeable enough, moderately introspective, but in the end I didn’t much care about all the boyfriends and Lifetime movies that followed her Little House career. Sorry, Half Pint.

Rather than plunge into Melissa Anderson (Mary)’s poorly reviewed The Way I See It, I’m thinking I might go back and read the later books in the Little House series: Little Town on the Prairie and These Happy Golden Years. I read them both during the summer between 5th and 6th grade – an awkward, searching, “crossroads” kind of time in my life for which I’ve recently, inexplicably, become rather nostalgic.

Then, as now, I was an anxious dreamer – yearning for adventures, but ultimately too freaked out by the whole business of dealing-with-other-humans to do much about it. So I wrapped myself in the comforts of bookworm solitude and the notion that things must be so much better on the prairie (or in Narnia, or Marilyn Sachs’ Brooklyn, et cetera).

The Little House books exemplified the very “simple country life” dream my family was striving for, with Emmylou Harris on our stereo and a brooder full of chicks in our living room. Reading those books was simultaneously escape and home…or escape to an idealized version of home. We already had the old stone farmhouse, the woods, the fields, the antique rocking chairs. All I had to do was glorify the mundane spaces with Laura’s wide-eyed narration; apply her pure sense of joy and wonder to my ordinary life.

That summer, as middle school drew nearer, I immersed myself even further in the Little House fantasy – imagining my shirts were long dresses, that our station wagon was a horse drawn wagon, describing my surroundings to myself in third person narrative prose. I’d read all the earlier Little House books about Laura’s girlhood. Now it was time to read about Laura as a teenager. It was the safest way to dip my toes in my own impending adolescence, wrapped in layers of braids and calico, buggy rides and sociables.
I remember holding on to the Little House fantasy well into 6th grade, willfully blurring the edges of my reality into a nice, gentle fictionalization. Maybe I was scared or overwhelmed, but I don’t remember feeling that way. I think I just really wanted life to be that joyful, instead of the raw mess of clanging lockers and flailing hormones and insecurities.

It’s nothing I’d ever want to relive. Yet I’m strangely, strongly compelled to revisit it now. Perhaps I’m just nostalgic for a time when I had the ability to escape and imagine. To delve into a jarring situation and soften it with idealizations and hope. 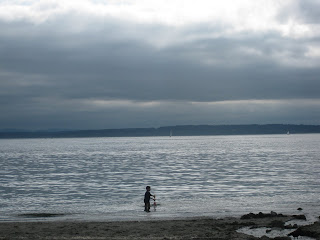 This isn’t the last summer of my children’s childhood. Not even close. But it feels like an end of sorts, at least with The Boy. I’m striving to see him, the real him, not my hopes and disappointments, not my advocacy for him at school, not the politics of Aspergers. Him.

And part of what I’m seeing is that even now, even at age seven, he’s miles beyond my grasp. I can’t impose peace and happiness on him any more than I could impose it on those noisy middle school hallways years ago. He is on his journey, not mine. I’ve always known that. But I’m only just now feeling the sharp truth of it.

Is it any wonder I find myself grasping prairie-ward again, seeking the comforts that got me through the first steps on my own path? Fasten your sunbonnets, pioneers. We’ll get through this one, too.

Welcome to the Cracks 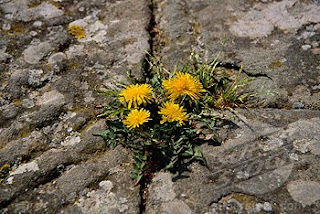 Ever sit around just reading your kid’s IEP, trying to imagine how it actually translates to a happier child? And let me be clear…I’m not complaining about The Boy’s IEP. It was written by an excellent special ed teacher who was his biggest advocate and strongest support last year. She herself expressed frustration with the rigid nature of these things.

It can look good on paper, but so much slips between the cracks. Because you can’t dictate human nature. You can’t dictate empathy, common sense, or even the slightest real understanding and acceptance of Aspergers beyond its stiff, inadequate textbook definitions.

Welcome to the cracks.

It would appear that I have been ever-so-slightly misled. Some of the misleading, I’m afraid, was my own doing. I was desperate to get The Boy out of his old school and into a situation where he’d have more support and understanding. So, I enthusiastically accepted a spot at our neighborhood school where, my contact from the school district acknowledged, it wasn’t exactly an autism-specific program and it wasn’t exactly an inclusion model. But she, the principal, and the special ed teacher offered enough reasons to make me believe it would be a good-enough fit, that they’d be flexible and do their best to meet his individual needs.

And who knows. Maybe it will work. But it’s not what I was expecting. For one thing, autism is a relatively new thing to this classroom. Half of next year’s students will be on the spectrum, but traditionally it hasn’t been that way. Traditionally, it’s been a self-contained classroom for neurotypical kids with behavior problems, and it’s still very much run that way – with the teacher and aides kind of figuring out how all this applies to autistic kids on the fly.

So…not an ideal fit. Hopefully not a flat-out freaking disaster, but not an ideal fit. I wanted autism inclusion. I was led to believe (and very much wanted to believe) that this program was similar enough, but it isn’t. Meanwhile, the school district wants to phase out autism inclusion programs entirely. I don’t know what’s going to happen going forward, but I’m puzzling out the details of Plans A, B, C, and D right now and there are several possible outcomes. Time will tell. Nobody ever said this was going to be easy.

But in the meantime…welcome to the cracks. 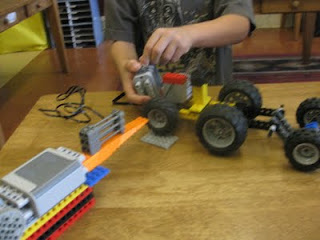 We will start second grade at this school, in this program, as planned. The things I liked about it two months ago are still mostly true. And there’s still a chance that it might be a good fit for The Boy. My first action won’t be whisking him out of there. My first action will be trying to see if we can settle into these cracks we’ve slipped between and make it work for the time being. I’ll be navigating the system, but I will have both eyes firmly on the child himself. How will he thrive? What strengths can we build upon and what coping skills can we teach? Where will he find his small comforts and joys to help him through?

We made incredible progress last year. This coming year presents a whole new set of challenges, only some of which I can anticipate. Maybe someday we’ll have a school year where I can just put him on the bus and relax into my own day, but this isn’t going to be it.

On the plus side, maybe this will be the year I earn my Ms. Special Ed Parenting America crown. Stay tuned… 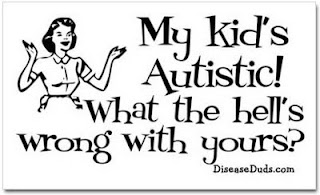