When We Can’t Write 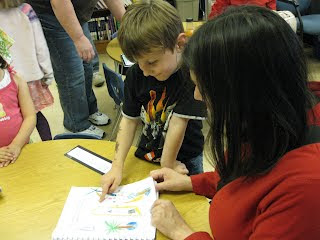 It would be easy enough to blame this on the Big Bad Public School System…way too easy, like, lazy-easy. Besides, The Boy’s flat-out aversion to all things writing and drawing started at least a year before kindergarten. It’s more subtle and complicated than that.

The Boy could write his entire name when he was three. At four he’d started guess-and-go spelling in preschool without any prompting at all from his teacher. He just wanted to make some signs to add to the science experiment. 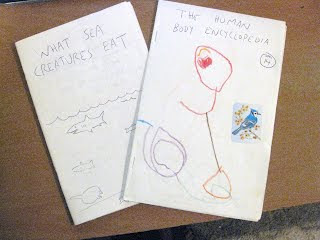 But during his pre-K year of preschool, things changed. I don’t think he picked up a pencil or crayon in class the entire year. There was a sign-in sheet where children were welcome, but not required, to write their names every morning upon arrival. He always declined. There was a writing and drawing station with an abundance of art and office supplies where children could draw and write in their journals, dictate a story or letter to an adult, scribble “notes” to each other. At the end of the school year, The Boy’s journal came home entirely empty. It looked like it had never even been opened.

He still enjoyed dictating books to Mr. Black. But as I look through the collection now, I notice something unusual that didn’t strike me as unusual at the time. Mr. Black did most of the drawings, too. The Boy told him what to draw, but rarely picked up a crayon himself. The pen drawings Mr. Black did aren’t colored in. It was all about the storytelling process for him; not the physical act of writing and drawing. 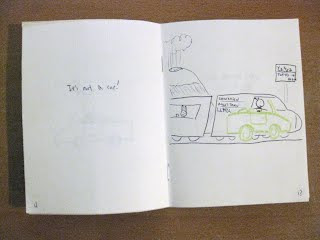 By kindergarten, even dictation was like pulling teeth. He’d completely shut down. During free writing-and-drawing time he’d be at a loss, choosing to do nothing or attempting something and melting down when it didn’t come out the way he’d envisioned. Where once he’d happily crayoned his own name, he now refused because he couldn’t make a perfect first letter of his name.

Perhaps the pre-K year would have been a good time to start pursuing OT instead of plodding through red tape for two years to see if he’d qualify for free services through the school district (shocker – he didn’t). But when we did finally take him to private OT, handwriting turned out to be less of an issue than we’d expected. He had some minor challenges, but he did have the physical capability. 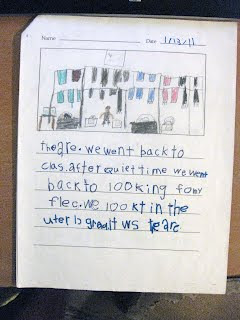 What, then? How would I figure this out? I’m not an OT myself. I’m not a psychologist. I don’t have degrees in early childhood education or special education.

But I do have an awful lot of experience being a frustrated writer.

Like The Boy, I showed a lot of early promise. But I didn’t hit my wall until years later, taking writing workshops in college. Suddenly faced with a roomful of writing peers and a professor teaching the very thing I loved most of all; suddenly given the opportunity to just write and have it taken seriously…I choked. My drive, my confidence, my inspiration all just drained right out of me and slipped through the floor.

Eventually I figured out what each professor was looking for and managed to please them. Playwriting = David Mamet-ish dialogue. Poetry = haiku without counting syllables. Fiction = anything not set in a dorm room. I played along and sometimes managed to trick myself into thinking I was a pretty good writer.

But the process was not my friend. The process was kind of a joke, actually. I had nothing to tell. Any story of mine that was really worth telling was in process itself; being actually lived at the moment. I had no grasp on it. No perspective. It was all about the boyfriends, which is enthralling to live but about the deadliest, most tedious thing to actually read. And I knew it. So I censored myself, picked the safe parts to spin into competent stories, kept the real stuff confined to my journal, and eventually went on to other pursuits.

I know it’s ridiculous, maybe even unfair, to compare my dippy white chick college story to The Boy’s very real struggle with Aspergers. Or…am I onto something, here? Our stories do have a basic thread in common. Our reach exceeds our grasp. Our actual work doesn’t even come close to reflecting the depths and volumes of fabulous notions we hold in our imaginations. We can’t…express. We can’t accurately translate the thoughts to the page.

How did I finally learn to write? Here and there, in bits and pieces. A college non-fiction workshop where I learned that tightening prose is a thing. Anne Lamott’s Bird by Bird and Lorrie Moore’s short stories. A particularly good fiction workshop in Philly and killer grammar classes at a University of Washington tech writing program. And the Internet.

Yes, the Internet. I spent my earliest, somewhat isolated years of stay-at-home parenting finding like-minded new parents online and carrying on intelligent “conversations” with them – not just about parenting but about relationships, books and films, politics, gay and transgender rights, racism, religion, current events, sex. Feelings and the written word had never been more linked for me. We generally regard the Internet as a huge waste of time, but for me it turned out to be valuable writing practice. When I’d gotten everything I could out of the message board life, I started this blog.

How is The Boy finally learning to write? Well…by writing, I think. With extra help, with accommodations, but basically just by writing. By picking up the rules and inspiration gradually, in fits and starts. By learning about notes and first drafts and freewriting, and ever so slightly loosening his grip on his perfectionism. He is learning the way we all learn – by slogging through the deadly process of it, practicing, sucking at it, practicing some more, realizing we don’t suck as much as we thought. The best, most helpful thing a teacher has ever said to me was simply “He can do this.” And he can. 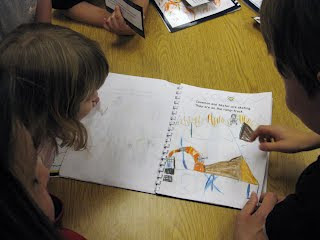 Sometimes it takes a while to engage him in the task, especially if it’s something unfamiliar. But once he’s there, he’s got a lot of thoughts and wants to express them. “You don’t need to be here,” he’ll tell me as he starts scratching it down on the paper. He can do this. And the more familiar he becomes with the whole business of translating thoughts into words and then writing the actual words, the less objectionable the task becomes.

What I didn’t fully understand about The Boy in the preschool days is that he needs to be very familiar with something in order to feel comfortable with it. Left to his own devices, he’s extremely disinclined to branch out – even if it’s something he’s ready and yearning to do, like take the training wheels off his bike.

The Boy approaches most tasks with either (a) the belief that he won’t be able to do it and extreme resistance, or (b) the belief that he will be AWESOME at it, followed by disappointment in falling short of his own expectations, followed by….extreme resistance. It’s hard to know when it’s time to let him put it aside or encourage him to keep trying. But I’m getting better at it. Because I keep trying, too.

i have search your blog from google its very amazing i have bookmark it for revisit,here is a mango exporters from pakistancompany,mango is a delcious fruit.

Hello, its amazing you have done an excelent job .i have bookmark this on Digg ,if you need medical billing company
then you can contact with me.