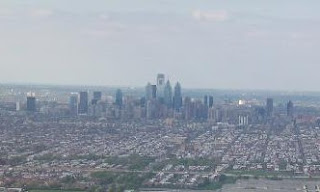 Even then, it was an old song – an old song on an old cassette tape with old ties to a past life. Several lives ago, by then. It didn’t break my heart way back then, and it wasn’t breaking my heart now, either. Just kind of tugging at it around the edges, like poking at a loose tooth or something. The little thrill of making it bleed. Another goodbye…one I hoped would be temporary but knew was necessary.

Mr. Black sat next to me in my car in his alley, waiting to be dropped off but indulging me for some reason, letting me rewind the song and play it again. And again. Turns out he knew the real story behind the song, and we sat there talking about this old band for a while, as if that were all there was to talk about.

Philly summers are the worst. The absolute worst. The whole city kind of hangs under a hot, grey, polluted haze of humidity. I won’t miss this, I kept thinking, though it was hard to imagine anything else. I couldn’t quite see beyond the immediate months ahead, when he’d leave for Seattle and I’d be stuck behind in this stark city, alone. Again.

We took a trip to New England that summer, sweeping each other temporarily away from it all. A sunny small-town 4th of July parade Vermont, a freezing cold picnic in New Hampshire, days of rocky hikes and violet-blue sea in Maine, swimming in a motel pool at sunset.

I had marriage proposals on my mind, even though I knew he never would. I couldn’t help it. There’d been so many office wedding showers and engagement parties that summer, it was hard not to imagine my own relationship in those terms. This would be the perfect place, I kept thinking, standing on various rocky edges in the midst of some breathtaking scenery or other. He didn’t ask, of course, and I didn’t dare bring it up.

You don’t fall in love with someone at age 28 expecting it to be perfect. Although Mr. Black and I came awfully close in those days. It felt like a small miracle, after all the dating angst and absurdity I’d been through, that I could simply meet a wicked-smart pop culture geek like myself and fold so uncomplicatedly into couplehood. It seemed to defy gravity.

So when, after about three months of dating, he told me he’d be moving to the west coast that summer, I wasn’t too disappointed. As other shoes go, that one was a relatively light drop. He took it seriously. Asked me if I wanted to stay together. Said he’d be up for the long-distance thing if I would. And maybe…just maybe…I’d be interested in joining him there someday.

We didn’t even consider moving together. It seems strange to think about it now, but in those days we clung to our independence almost superstitiously. Moving with him would have been too…establishment, or something. I guess I just wasn’t ready to leave yet. Wasn’t ready to toss all my eggs in that basket. But I was ready to take a big New England road trip with him that summer. And, apparently, I was ready to at least fantasize about marriage proposals.

We spent that last night in Boston, staying with friends of his from college. Out of nowhere, his old girlfriend’s name came up in conversation. He was visibly rattled – way more than was polite, really. I pretended not to notice. But…you know. I noticed.

The friends went to bed and we stayed up late on their living room floor, talking about her in the dark. I used to do this sort of thing full-time when I was younger and, perhaps, stupider. Spent hours talking to men I loved about the women they loved, being the Good Friend. But that night in Boston, doing the same old thing with the guy I loved more than anyone, ever – the guy I thought was different, the guy I wanted to follow to Seattle – well, I didn’t quite have the stamina for it anymore. I was nervous and shaking, nauseated. Finally I told him we had to stop. He was kind about it. Surprised. Reassuring. Still, I felt like I’d been split in half.

We drove back to Philly in silence the next day. One more month. I drove him to the post office to ship his boxes (and boxes!) of books. I helped him make posters for his yard sale. I tried not to let the ex-girlfriend thing haunt me, but it did, of course. There were long, needling conversations seeking reassurance. There was sitting in my car in his alley, listening to that song over and over again. There were plenty of light-hearted moments too, beach trips and such. But mostly it was just him preparing to leave and me preparing to be left.

There was an indignity to it, for sure. But I looked it in the face and swallowed it down –the first of many, many compromises this relationship would demand of us both; that any long-term relationship demands. I’ve learned, since then, to speak up. Straight from the heart in the language of reason. I can’t imagine holding back from him now the way I did then. But I was still finding my way back then. I was learning how to trust another person with my feelings, erring on the extreme side of caution, waiting for someone else to make the first move, hoping they’d get it right.

And so, one miserably grey, stinking-hot August day, I found myself standing in the Philadelphia airport with my forehead pressed against the window, watching him walk across the tarmac toward the tiny plane that would take him to Newark to catch a direct flight to Oregon, where he’d spend some time with his parents before the big Seattle move. He was wearing his suit so he wouldn’t have to pack it, and it contrasted adorably with his fringy too-long hair blowing in his eyes as he looked back toward the airport, squinting, maybe trying to get one last look at me.

And then it was me. Just me.

But not for long.