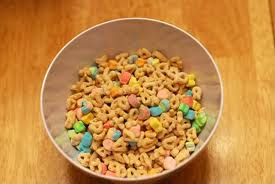 Twenty years ago today, I bobby-pinned on that mortarboard with the little ’91 tassel and lined up with my fellow V’s and W’s in the back corner of campus by the dining hall. The day itself was sunny and green, but stark somehow. Removed. There were bagpipes. Archways of blue and green balloons. Our families in the audience, our dorm rooms packed up and nearly vacated. But not quite.

We’d pretty much spent that whole year saying goodbye. Fall began with fretting over GREs and What Will I Be When I Grow Up and “Holy shit now we have to grow up” and all the accompanying undergrad angst. The eighties were over. Bush the Elder’s kinder, gentler Gulf War was looming, which seemed like a much bigger deal at the time. (How were we to know?)

So we formed our own comedy troupe and performed in the campus coffee house. We wrote plays, or acted in them, or directed. We walked around campus with a giant inflatable dinosaur. We covered the living room floor with all the mattresses and slept there for a week. We made terrible, terrible puns. We rescued a broken plaster pizza guy from the trash and named him Luigi. We watched MTV and Saturday Night Live, idolizing Dennis Miller. (How were we to know?) We embraced all things ironic and absurd, all the while clinging to each other rather self-consciously with the distinct sense that this might be as good as it gets. 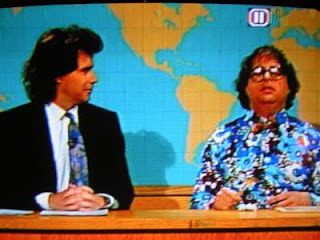 And what were we so afraid of? Growing up? Selling out? Losing each other to geography? Forfeiting an identity that had only just begun to emerge?

Here’s what it was for me: The feeling that you could be weird and fabulous; geeky and popular; absolutely 100% yourself and people would still find something to admire about you. That’s what I was afraid of losing. I think I really believed that if I lost the people who helped me learn that in the first place, I’d lose it for good.

And I guess in some ways, I really did. That time, those friendships – it truly did end. Whether we stayed in touch or not, whether we found each other on Facebook again or not, that level of idealism and sheer mad joy simply cannot be sustained over time. It just doesn’t go that way.

I remember going to a party my first year of graduate school where they played the entire B-52’s Cosmic Thing album and not one person got up to dance. Too busy name-dropping or canon-bashing, no doubt. Too busy undermining each other’s confidence. I had to learn, of course, how to be the first one to get up and dance. It wouldn’t be long before I’d lead a small band of rebels out of a stuffy English department function to splash in the fountain outside.

These days I rarely have the energy for such insurrections. Sometimes I think my grasp on irony and absurdity is slipping, giving way to earnestness with age – and a guarded earnestness, at that. Love used to pour right out. I guess that’s easy to do when you know it’s all going to end in a matter of months anyway. Now if I catch myself feeling anything with the old naïve open heart, I tend to keep it to myself.

But I have managed to bring the spirit of my old tribe with me. That place, those people, those years – they made me see that it was possible at all. They inspired me to hold uninhibited joy as an ideal, and to seek it and appreciate it when it happens. And yes, even in Real Life Adulthood, it does happen. In cubicles and lunch hours with co-workers. In writing workshops. At Teacher Tom’s co-op preschool. On Offsprung, the parenting Web site that inspired me to start writing again. And at home, of course, with my dear Mr. Black.

As for the part that really is over…the risks I’d never take again, the dreams I’ve stopped chasing, the friends I’ve truly lost… How glad I am to have had even a glimpse of such love and excitement. That was our time, and it always will be. It can be over. It can be twenty years past.

Funny how the mere thought of being 40 someday was enough to make us all go fetal in those days. But now? Well, I’m sitting here forty-one and, honestly, a lot happier than I was 20 years ago. Yes, I spend a lot of time thinking about my family and our mainstream pursuits, cutting the crusts off sandwiches and so forth. So what? Turns out it doesn’t actually rob you of all that’s unique and wonderful about you. It’s still there. And my kids will always, always get up and dance to Cosmic Thing.

Proud to be a member, that was beautiful Toby, thank you. xoxo Jason.

I totally agree - I'd rather be twenty years removed from that angst of being on the cusp of adulthood... now I embrace my 40+ and neurosis!

That is absolutely my favorite B-52's song!