Shuffling into a crowded Barnes & Noble today with Little Girl, I caught sight of two bookish, endearingly young guys standing by the door. They were about to part ways, feet pointing in different directions, but their eyes were absolutely locked in the sweetest twitterpated gaze. Earnest smiles, avid nodding. One described his job and co-workers to the other, both of them speaking and listening with far more fascination than the subject matter warranted.

They don’t know it yet, I thought, smiling as my girl tugged me into the store. But they’re just on the cusp of realizing. Maybe they’re realizing it at this very moment. Or maybe they’ll both lie awake tonight mystified and intrigued, wondering if they imagined that flicker in the other’s eyes. So obvious to the passer-by, but it eludes them because the very notion seems to defy the law of gravity: Mutual! The guy you adore adores you, too. Impossible.

I miss that. It’s one of the few things I truly don’t have anymore, that I probably will never experience again. That innocent moment when a gaze lasts just a little longer, when you can’t quite break eye contact; when the corners of your mouths creep up inanely while you talk about bus schedules or whatever mundane topic you’d been discussing.

I’m not talking about flirtation. Flirtation is contrived, often insincere, and kind of annoying, frankly. I’m talking about spark – a connection that happens in spite of your best manners or even your best interests. Like the old cupid’s arrow thing in cartoons, eyeballs turning into hearts and so forth. 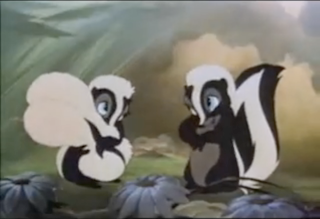 I know, I know. Thanks to reality dating shows, the word “connection” has been rendered even more meaningless and silly than the eyeball/heart thing. But seeing those innocently enamored guys today makes me remember that it’s real. It just doesn’t happen as often as pop culture wants us to believe.

Spark was always my favorite, even in the single days. Especially in the single days, when more often than not, spark was as good as it got. It was that one simple, perfect moment before you learn that the guy’s allergic to telephones. Or mean to his ex-girlfriends. Or kisses entirely with his tongue, no lips at all. It’s that one lovely impression of bliss before the awkward mechanics of actually disrobing and attempting orgasm with another sweaty human being. Or, Zod help you, attempting a relationship with someone whose compatibility falls far short of spark’s initial promise.

Come to think of it, spark is a pretty lousy predictor. It’s mostly just projection, really. You think you’re seeing this incredible connection, but really you’re just seeing mutual physical attraction and wild, careless hope. Even under the best of circumstances, there’s nowhere to go but down. It’s either a failed relationship or the arduous, pioneering work of a successful one.

But spark for spark’s sake? Is that even possible? Can you have a mutually recognized attraction that goes unfulfilled? Or does that only exist in fairy tales like Lost in Translation? 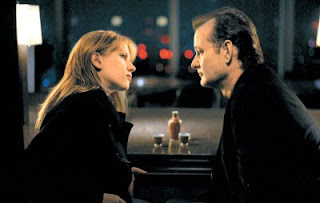 Gaah…love that movie. Love. It.

Anyway. I wish those guys from Barnes & Noble the best. I kind of hope they didn’t realize the mutual attraction today. I hope they get at least a week or two to savor the anticipation, search for clues in conversations and glances, blissfully agonize about it over drinks with friends, feel just on the verge of that spark, but not quite there just yet. It’s the best part, guys. Enjoy it.
Posted by Floor Pie at 1:00 AM

Hello.
I started to write blog in English.
I will write about everythinkg, will be a lot of pictures, reviews of books, films, songs etc.
So it would be nice if you visit my blog sometimes :)
(Sorry for mistakes, I'm still learning English)
http://bianchii.blogspot.com