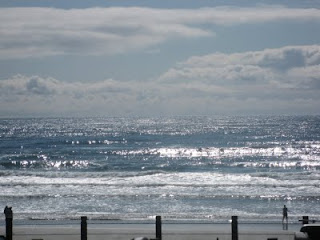 “Are you done?” a friend recently asked me.

It took me a little longer than it should have to realize she meant “Done having babies.” To which the answer is simply “yes.” The good folks at Paragard are helping me see to that.

But when she first asked the question, before I knew what she meant, my first thought was “No. Not even close.” 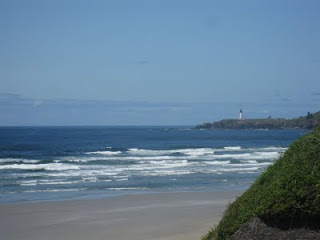 School ended on Tuesday. By Thursday, I found myself luxuriating on our crummy old beach blanket with a fresh pedicure, watching The Boy and Mr. Black build a sandcastle while Little Girl made up a story with a pair of plastic shovels. It was a rare peaceful moment, complete with the sparkling, crashing waves of the Oregon Coast Pacific in the background.

Nine months ago we were right here on this very beach, enjoying one last adventure before the start of school. I can’t help but sit back and marvel at all that’s transpired between then and now.

First freaking grade. Who would have thought? I guess on some level, I’d known we were in for a wild ride of a school year. I’d already scaled back my volunteer duties at Little Girl’s preschool in preparation. I’d been warned by The Boy’s awesome kindergarten teacher that first grade is a whole different ballgame. I didn’t know exactly what to expect, but I had a vague, foreboding sense that a huge pain in the ass was in store.

The last time we sat on this beach, I had no idea The Boy had Aspergers. But I knew something was up with him, and I was pretty sure I wouldn’t be able to fix it before school started. At that point, I was still kind of hoping it would somehow fix itself. Well…it didn’t.

The amazing thing is how incredibly positive I’ve been feeling about this crazy year. And not just because we’re sitting on a beach. Even before we left I was elated, on the phone with my mother trying to explain that no, really, it was a good year! A growing year! Look at how far we’ve come:

We have a diagnosis. We have an IEP. We won over his classroom teacher – who started out the year disgruntled and overwhelmed – and watched her really learn and start to get him as the year went on, patching things together with common sense and empathy even before there was an IEP in place. We stood up to kids who picked on him and parents who didn’t want their kids to associate with him. We got him out of a disastrous reading group and watched his behavior improve dramatically as a result. We got him reassigned to a school that routinely serves students on the autism spectrum, where he’ll have the professional attention and understanding he’s needed all along. Let’s face it, people: We kicked ass!

And no…we’re not done. But it’s awfully nice, after all that, to just sit by the ocean again. 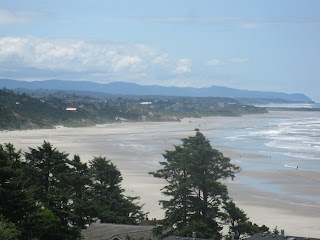 Watching my happy little nuclear family on the beach reminds me of another Oregon Coast trip a few years back. The Boy was two, and I was pregnant with Little Girl. So pregnant, in fact, that I wore one of those dreadful maternity belts under my tank top so that I could walk on the beach without being sabotaged by preggo-related sciatica.

But I was so joyful the whole time. The baby-to-be kicked merrily when her brother-to-be ran around the hotel room, as if she couldn’t wait to get out and join the party. I watched other families with multiple school-aged children, imagining ourselves in that place in a few years. There was this blissful sense of “Soon Our Family Will Be Complete.” Or something less cheesy than that. I don’t know.

And now, here we are. Brother and sister, Aspergian and neurotypical, Legos and stuffed animals. Complete. 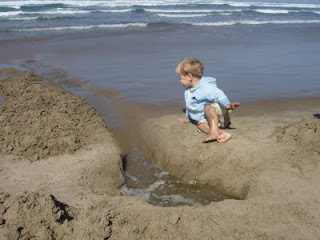 This joyful post has made my day. Thank you!


Nice work. I came across your blog while “blog surfing” using the Next Blog button on the blue Nav Bar located at the top of my blogger.com site. I frequently just travel around looking for other blogs which exist on the Internet, and the various, creative ways in which people express themselves. Thanks for sharing.