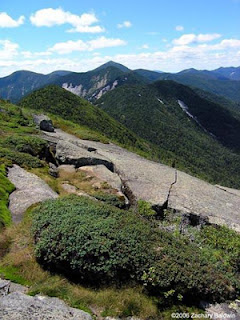 I met my parents at the King of Prussia mall and borrowed my old car back from them, carless as I was in those days. It was dark by the time I hit the road. I had no plans. Not one. I just started driving north, because north. 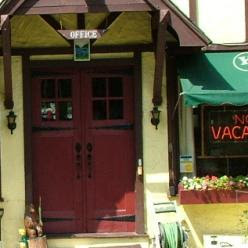 This woman on the trail reminded me of Ingrid. Even her voice had that same lilt to it, and that joyful enthusiasm. Insistent. The trail was flooded, but she knew another way. Come on! Funny how you can fall into your old role with a completely new person, just like that. I followed her. She had a compass and a trail map. She seemed so sure of the way.

The real Ingrid was gone, of course. Never came back to work from her vacation, cleared out her apartment, took her last paycheck and disappeared. It was all so surreal. I kept remembering how our strange little girl-crush friendship unraveled over the summer. She went from adoring me to being aggressively distant, to being just plain irritated with me…well, irritated and distant with all of us, really. I knew it wasn’t about me, but still. I wondered. I hypothesized. I went back over past conversations, searching for clues.

Mostly, though, I just missed her so much. Walking through the city at night, I’d stare up at the glittering office windows against the dusky sky feeling as if she had just evaporated up there somewhere. It was even more perplexing than the “what happens when you die” question, because she wasn’t dead. She was somewhere, not wanting to be found. 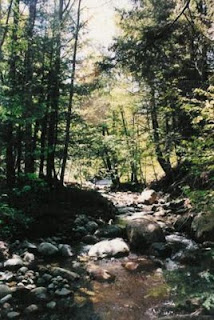 And now, I was getting lost in the woods with some woman who reminded me of her. She became less and less certain, but no less enthusiastic. It’s this way! And we’d charge up a hillside, whacking branches out of our way. No, wait, it was actually that way! Charge, whack, etc.

And then she just stopped. She didn’t know anymore. Panic! She took out a whistle and blew and blew. Nothing. She called shrill, terrified calls for help. Nothing. It was so quiet.

I was every bit as lost as she was, but somehow I felt completely calm. “I’m going to have some water,” I said, keeping my voice low and reassuring. “Would you like some water, too?” She nodded, we sipped. I don’t remember what I said after that. I just kept speaking with composure and certainty, even though I had no freaking idea where we were or how to get us back to the trail.

But it worked. She picked up her map again, and together we retraced our steps back to the point where we’d gone off the trail. Her boyfriend was there. She stayed with him while I followed the official detour around the flooded trail.

Soon I was back on the trail, taking long, delicious strides up the side of the mountain, thinking about not much at all. Sun. Pine needles. Boots. Sky. I was happier than I’d been all summer. Traveling alone is so intensely free. You can just drift with your own whims, explore your senses uninterrupted.

At the same time, I’d never felt so grounded. All that summer I’d been so lonely and tense and sad, uncertain about whether to stay at my job or even whether to stay in Philadelphia. Somehow, Ingrid’s leaving made me realize I was already entrenched; more stable than I ever could have known.

Just like that stranger on the trail. I’d followed her, trusted her, believed that I needed her. But in the end, I was the one who had to lead. And I could find my own way pretty well, it turned out.
Posted by Floor Pie at 11:54 PM