The Art of Getting Lost 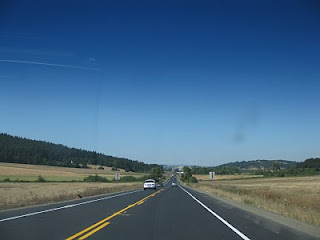 Back east, in an old friend’s kitchen, she finds an address book of hers that was a gift from high school. The cover is padded with a light blue Laura Ashley-like print and trimmed with lace (so touchingly not her style), and she reads me every address I’ve had since age 22. We talk about a mutual friend who was also my boyfriend for a short but serious while, and though I wish him only the best, I’m breathing a dozen sighs of relief that we went our separate ways.

Funny how those roads were all leading somewhere. I never gave it much thought in that wild, uncertain time full of intersecting souls and paths. Relationships – platonic and otherwise – were intense, meaningful, and routinely transitory as we moved on and beyond and through. This guy was a blaze of warmth and stability, older than me and more certain of his way. He would have married me. The lure of security was huge, but the fit was just . . . off somehow. I didn’t trust it. In the end I fought my way out, breaking his heart. It would be years before anyone would want me that much again. But those were good years. I was on a path, too.

It’s so maddeningly easy to get lost when I come back east for a visit. My sister reassures me this is just what it’s like here – tiny country roads dipping over hills, through forests and farms, appropriated and cobbled into one confusing-as-hell state road. I keep pulling over, poring frantically over the map, sure I must have missed the turn. No. The turn just hasn’t come up yet. Keep going. You’re fine.

I feel like I used to be so much better at this, but I wasn’t really. Yes, I did a lot more long-distance driving in my early 20’s than I do in my early 40’s. I was always taking off to see some friend or boyfriend in some other state. But I wasn’t much more adept at it than I am now. Wrong turns, dead ends, misread maps. I’ve been to the Jersey Shore by way of Delaware and I’ve taken more than one wrong/long way around a DC beltway. It didn’t bother me as much, though. Getting lost and confused was simply part of the process; part of the adventure. The destination wasn’t half as exciting as the journey.

There wasn’t much “home” to miss, either. Sure, I loved every one of my single-girl apartments, but I didn’t miss my stressful jobs and empty answering machines. The further away, the better. And, obviously, there were no kids in the backseat in those days, with their Bunny Grahams and Laurie Berkner CDs and adorable little need for routine and security. It’s amazing how “When are we going to be there? Are we ever going to be there?” can throw off the whole On the Road spirit.

I leave my friend’s house later than I’d intended, kids in their pajamas and an inadequate Google Maps print-out on the passenger seat. It’s dark, and I’ve made my first wrong turn before we’re even out of the neighborhood. I sniff out a new way back to the main road, turn onto it with a sigh of relief, only to zip right under the bridge for the Baltimore-Washington Parkway. Come on!

But there’s a gas station right there. The heat and humidity wraps around me like a blanket as I fill up the tank, planning my next move and watching my kids’ sweet, trusting little heads in the glow of their They Might Be Giants DVD. What an adventure this is for them, driving all night back to grandma’s house in Pennsylvania. There’s a small thread of my old spirit that can vicariously enjoy it with them, but mostly I’m a bundle of neurotic-mom nerves.

We make it back to the Baltimore-Washington Parkway easily enough, and the kids are asleep before long, but I can’t seem to settle into the drive. Did I miss my exit? Is this right? It’s so late and I’m so tired. Should we stop at a hotel? Is that lame? Will we have an accident if I don’t stop? Beltway, beltway, beltway. Let’s just wait until we get to 83. Where’s 83? Shouldn’t we have hit 83 by now?

And when we finally do hit 83, I still can’t decide. I see a sign for a Comfort Inn and exit, but the road is so dark and I don’t see it anywhere. And then the road closes for a passing train. Rattled, I turn around and get back on 83. A little further along, there’s a sign for a Hampton Inn, which looms majestically over some retail village. It takes me three tries to get on the right winding road to the top of that hill. When I finally reach the merry glow of the lobby, it’s swarming with high-school kids just as bright-eyed and giddy as my own kids at the prospect of travel. It’s adorable, really. Too bad they’re filling up the entire hotel and there’s not a single room left.

So, the hell with it. I put in a Sleater-Kinney CD, soft enough not to wake the kids but loud enough to keep me going, and soldier on to my parents’ place. 83, 30, 222, 183. And gradually, it starts to feel fun. It’s a summer night, I’ve got my music and a familiar stretch of roads in front of me, rolling past it all. In motion. In process.

I used to thrive on this – the constant movement, solitude, and sense of possibility. Even when I did decide to settle down, it was with a man who was moving to Seattle, and a whole new journey began. Now, instead of traveling to boyfriends, I travel to my sisters and parents and old friends. And now, for the first time on this crazy-busy east coast trip, I really miss my husband. If he were here, he’d have navigated me through all this with his trademark stoic reassurance. Yes, this is the right way. No, let’s not stop for the night. I can drive if you’re too tired. It’s nice to know I can still do this without him. But it’s so much better when he’s here.

At last, I make my way up the last stretch of country hill. Pulling into my parents’ driveway, I imagine I can hear the reassuring sound of a plane’s wheels first touching the ground after a long flight, bumping wildly but never breaking their stride. Home.
Posted by Floor Pie at 3:50 PM

You really evoked my own memories of being a child in the back seat. My parents preferred taking vacations by car and would invariably drive all night during at least one of the legs of the trip. These were the days before kids were expected to be belted in, and Dad built a bed in the back seat for my brother and I to sleep on as we travelled. I would doze as mom and dad softly debated turns and potential motels, just as you did with yourself. It was incredibly cozy being curled up inside the car with those stripes of street lamps flashing us.

I was never much of a road-tripper myself, and I married a woman who HATES drives longer than 1 hour, so I appreciate you letting me experience your road trip vicariously.