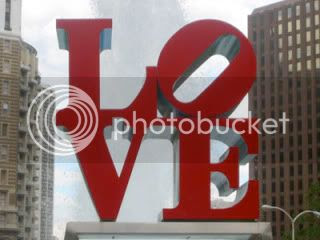 It had all the trappings of a Hollywood romantic comedy: Quirky twentysomething with a disappointing job and a stoner boyfriend moves into her new apartment. The downstairs neighbor, a thirtysomething nerd, is instantly smitten. Initially repelled by his hilariously clumsy over-the-top romantic gestures and inept guitar playing, Quirky Girl is eventually won over and finds a kindred spirit in this odd fellow. It’s “Eleanor Rigby” meets When Harry Met Sally meets Punch Drunk Love. I’d buy a ticket to that!

Just one problem: This was real life, and in real life you don’t suddenly become attracted to your stalker. It just doesn’t happen.

Yes, I was that quirky girl. And, okay, maybe the term “stalker” is a little unfair. Yes, sometimes “Father Mackenzie” seemed to have an uncanny sense of timing, knocking on the door just as I was about to step into the tub. Sometimes he’d hover around while I was waiting for a friend in front of the building. Sometimes he’d change whatever song he was attempting to sing and switch to a love song as I came down the stairs past his apartment door. But it could have been a coincidence, right?

Mack wasn’t a bad looking guy at all. Blue eyes, shoulder-length brown hair. I was actually a little titillated when he first invited me to his place for a beer. I had a boyfriend, but it wasn’t terribly serious. A little mutual platonic crush on the new neighbor might be fun, I thought. I took more time getting ready than a casual beer really requires, and crept down the stairs with anticipation.

But any hopes I might have had evaporated the minute he opened the door. His eyes were wild with anxiety. He showed me his cat’s toothpaste and a photo of his parents with the Clintons. He told me a story about how he’d gotten locked in a hallway at his new job, reliving the anger a little bit. He asked me my favorite radio station and went to great lengths attempting to tune it in on his stereo; hunched over so his shirt crept up his pale pink back; twisting knobs and dials in a kind of frenzy; ignoring my pleas to not bother, really, it was okay.

I was terrified. I sat upright in my chair with every limb crossed, clutching my beer in one hand and my keys in the other, trying to think of an excuse to leave. At the earliest opportunity, I fled. Not just back to my apartment, but all the way to South Philly to spend the night at my boyfriend’s place.

Maybe I was being unfair. So the guy had a little crush on me and was nervous. What was so scary about that? Surely I was in no position to judge. I’d had more than my share of unrequited crushes and was never exactly smooth about any of them. Seriously. These guys used to see me coming and dive into the bushes with fear. I think some of them joined the Witness Protection Program. You’d think I would have been more forgiving when the shoe was on the other foot. Nope.

I did my best to avoid him, but it wasn’t easy. It was a small building, with each apartment taking up a whole floor. Our upstairs neighbor lived in the suburbs and kept his apartment for occasional overnight trips to the city. Tenants in the building next door used our laundry room, but Mack and I were the only ones actually living in the building.

Every time we bumped into each other, he’d ask me out and I’d politely decline. He’d ask if I still had a boyfriend and I’d say yes. He would practice his guitar and sing all the time, straining to reach the high notes on “With or Without You” or slooowly strumming the chords of “Cinnamon Girl” over. And over. And over. Sometimes I’d vacuum just to drown it out.

And, as I mentioned before, he had a knack for showing up at my door whenever I was running a bath. When I tried not answering the door, he’d just keep knocking. If I still didn’t answer, he’d pound hard on the door with his fist, calling my name over and over with a note of worry in his voice. I told my co-workers, only half-jokingly, to please make sure to search this guy’s apartment if I ever turned up missing.

My boyfriend and I broke up the following summer, launching one of the loneliest periods of my life ever. I didn’t miss the boyfriend much; the relationship had clearly run its course and we’d parted amicably. But I missed the companionship. One of my best friends had moved to another city. I’d just started a new job that was taking up lots of my time professionally, but not socially. A disappointing summer fling followed by a series of romantic rejections chipped away at my already vulnerable self esteem.

“You should hook up with that neighbor!” my relocated best friend suggested during one of my long-distance whining sessions. I nearly reached through the phone and slugged him. We laughed about it at the time, but the notion started haunting me.

I’d see Mack hanging around the neighborhood parks and coffeehouses, always kind of looking around. Just like me, I’d think miserably. How were we any different, really? Maybe I’d learned how to hide my nerdish leanings a little better than he had, but we were both socially anxious misfits. And we were both alone.

It was closing time on a freezing cold December night, and I was walking home from the corner bar with some new friends. One of the guys had his arm around me and I was feeling extra gregarious. So when I saw Mack headed in our direction, I didn’t try to avoid him. I looked right into his face and sought eye contact, ready to offer a cheery hello. He stared straight ahead and blew right by us, his face fixed in a fierce glare.

That’s the face I would remember a few weeks later on New Year’s Day. The buzzer woke me at some ungodly morning hour. I tried to ignore it, but whoever was down there was buzzing relentlessly. I got up and fumbled my way to the intercom.

It was the city mental health department, or so the guy claimed. And he was asking me to let them in.

Half suspicious and half hungover, I tried to direct him to the property manger’s office. But he wasn’t having it. His tone changed from forceful to pleading. He was here with my neighbor’s parents, who’d driven up from DC and were waiting outside in the car. They were worried about him. They’d tried contacting the property manager, but the office was closed for the holiday. All he needed was for me to let them in so they could knock on Mack’s apartment door.

I still wasn’t sure I believed him, but it seemed too strange not to be true. I found my glasses, threw on an extra sweatshirt, and went downstairs to let them in. Two huge guys filled the door frame, holding out their city ID cards. Okay, so it was legit. They thanked me sincerely as I showed them to Mack’s door. They pounded. They called. No one answered. Where had I seen that before?

They started asking me questions. Were we friends? Had I seen him lately? How did he look? I remembered that night coming home from the bar and told them honestly. Not good. Had I seen him since then? For such tough-looking men, they both seemed so earnestly sad, so resigned.

“Maybe he went out of town for New Years Eve,” I offered lamely. But none of us really believed it.

They went back outside, presumably to come up with a Plan B, while I shuffled back up to my apartment. How incredibly sad it all was. I wondered what had happened. I felt some impulse toward guilt, but that felt selfish somehow. This wasn’t my story. And there was no way I could have saved him. Love of a Good Woman might have been a nice diversion for the guy, but it doesn’t cure a damn thing. Not when a worried parent can summon the city mental health department to the guy’s door.

Whatever similarities Mack and I shared, we were parallel; never meant to intersect. He wanted me simply because I was there. And I was afraid of him -- not just because we lived alone in the same building and he was bigger than me, but because he was the living embodiment of what I feared I was becoming. Not much of a romantic comedy, was it?

The good news is, Mack turned up a week or so later none the worse for wear. I never did find out what had happened, but I was relieved to hear that crappy rendition of “Cinnamon Girl” floating through the floorboards again. I guess that’s about as happy an ending as a story like this can have.

If you write a book, I'll read it.