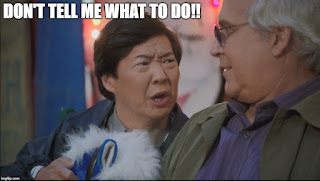 How do we know it’s that bad? He sent me an email that was maybe an apology, or more likely one of those “sorry you’re such a fruitcake” non-apologies, and I didn’t even read it. Instead, I blurred my eyes out of focus so as not to accidentally ingest any possible doubled-down toxicity as I clicked through all the necessary steps to send it and any further attempts at contact directly to my Junk Mail folder.

And even though it happens to be Valentine’s Day, this has nothing to do with ghosting some bad old boyfriend. No. I’m ghosting my son’s high school guidance counselor instead.

I don’t care to share my son’s business on here, but I do want to write about my own experience of the fallout from my attempt at helping him sort out some things at school. I want to share it because it was one of the more surreal moments in my 10 years of IEP team meetings, and I need to air it out before it rots in my soul and hurts forever.

The last time something like this happened, The Boy was 4 or 5 years old, still in preschool and undiagnosed. Some preschool dad went full asshole on me on the playground. Screamed at me “I’m sick of YOU, I’m sick of your KID! He should be kicked out of school!” 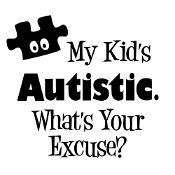 I high-roaded it and waited for an apology that never came. I heard through the grapevine that his wife was “torn” – appalled by hubby’s bad behavior but super-proud of him for standing up to, um, that autistic kid and his mom on a preschool playground. I saw him years later at some kid’s birthday party and he actually tried to talk to me as if nothing had happened. Ha. I saw him again at a high school open house a few years ago and I actually moved seats so I wouldn’t have to see the back of his big stupid head.

There have been a lot of awful moments between then and now on the ASD Road to Life in the Mainstream, but that first moment is the one that can still bring bitter tears to my eyes all these years later.

Today, though, I might have to crown a new king of that particular domain.

He didn’t like that I’d emailed at night and then expected to hear back by late morning. He didn’t like that I said I’d drop by the school that afternoon if I didn’t hear back. “Didn’t like” is putting it mildly, though. He rhetorically tore me several new ones today. Scolded. Talked over me. Scoffed and made these little high-pitched laughing sounds. Kept on going even after I’d said “Please stop, you’re making me uncomfortable.” I am not exaggerating any of this. And yes, I admit that my whole email/drop-by strategy was on the obnoxious side, but the vitriol he spewed in my general direction….he hated me in that moment. Hated me for sending an obnoxious email when I was confused and upset and worried about my kid. Hated me for showing up at that meeting still upset and worried and confused.

He tried to explain how busy teachers are. I told him I know that, because I am also a teacher. He told me he was surprised to hear that I’m a teacher, because I don’t conduct myself like a professional educator. He told me my email was bullying. The Boy was sitting right there crying. I started crying too. Nevertheless, he persisted. Eventually he had to leave for another meeting, and it was time for The Boy’s dentist appointment anyway, and we left.

Yes. This all really happened. I don’t believe it either.

So. I didn’t curl up in a ball and die like I wanted to. I cried in my car for maybe 30 minutes, replied to the administrator’s apologetic email with a simple, straightforward account of what had happened, gathered my wits about me, and drove to my own school.

My students had been making valentines…little choppy pink and red hearts and scraps of pink and red paper all over the floor. They were so excited about our upcoming mid-winter break that they all joined in with the kid who makes fart noises and fart-noised up the joint until I begged them to stop and a girl explained “Fart noises are how you know we LOVE you, Ms. Floor Pie!”

Still, in the pit of my heart I kept hearing it. “You don’t conduct yourself like a professional educator.”

When the kids went joyfully home for the day, I cried all over again. A few colleagues have reassured me that I’m not crazy and that I did not, in fact, deserve that level of vitriol. But I’ve been at this game long enough to know that I’m never going to change vitriolic minds.