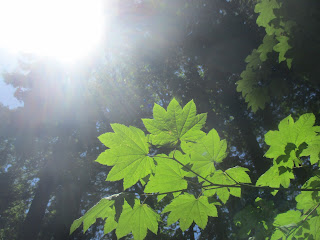 1.      My family’s journey, as painful and soul-shattering as it was, is not even a little bit unique.
This is the rule more than it is the exception: A wily bright-eyed 5-year-old full of reckless intelligence and raw spirit shows up for kindergarten and can’t make the cut. His sensibilities get tweaked and twisted hither and thither, out come the behaviors, out come the adults’ baggage as they respond to those behaviors, throw in a diagnosis and a few dance numbers and in a year, give or take, the child is in a special ed program – maybe a program specializing in emotional/behavioral disabilities (EBD), maybe in a different school entirely. From there, it can get better or worse. Or both, from year to year. There’s no school or system alone that will wholly sustain a child. What matters, always, is how engaged and flexible and empathic are the adults in the classroom. But children are resilient. They can and do emotionally leapfrog a successful path across the adults who “get” them, sailing safely over the ones who don’t. It’s true, people. One person absolutely can and does make a difference in this respect.

2.      The discrimination I always suspected when I was just a parent is not only there; it is thriving and unapologetic.
The stories I could tell. I think what hurts most, though, is my own persistently naïve assumption that if you just reason with people, they will see the light and say “Thank you very much for the constructive criticism” and enroll in a series of trainings. Yeah. That doesn’t happen. I don’t know what the actual correct answer is, but I have learned the hard way that simply speaking up and shining a light in the dark ugly corners is definitely NOT the way if you want to survive in this biz for very long. But there are like-minded people here too, good people who’ve been at this a lot longer than me and have learned some wise and stoic ways around and through. Someday, I hope, I’ll find authenticity and effectiveness in navigating the cracks as they have.

3.      My family’s experiences of 1 and 2 are the 5-star easy-peasy white privilege version.
Anything I’ve seen happen to white children with ASD, ADHD, or trauma is a trip to Disneyland compared to what happens to children of color with the same disabilities. Bias runs deep. I don’t have much more to say about that, because it’s not really my story to tell. But I’m constantly working to learn and unlearn and, most of all, to listen.

A change is coming. My whole career thus far has been me in the cracks, working simultaneously within and against The System to catch and strengthen any of the kids who slipped down there. I have, for the most part, found my strength in opposition. Standing by my students when they’ve been misunderstood or unfairly punished. Amending behavior plans that were little more than a laundry list of complaints about the student’s deficits. Empathizing with families, hearing and validating their complaints, helping them find their own voice and empowerment. I’ve kept my students company on those chairs outside the principal’s office, sat by them under tables and in corners of the hallways, struggled through inscrutable paper/pencil assignments with them, staffed “stay back” rooms during field trips and school dances they weren’t allowed to attend.

And now I’m moving on. A brand new school that’s opening in the fall chose me, in part, because of all these things I’ve done and stood for. This school aspires to be different. Its leaders and staff are driven by similar passions and sense of justice that drives me. Which means, in theory, anyway…no more cracks.

Welcome to the surface.

How very strange. Suddenly, instead of hunkering down and finding sneaky ways to thrive within a system, I’m standing with and for a system in broad daylight. How intimidating, really, because what if I’m terrible at it? What if all I really know how to do is fight? And then the fight gets taken away and….well….all that’s left are my own little shaky-legged inadequacies?

That’s the fear, anyway. And as fears go, I suppose the fear of being terrible at teaching is a pretty easy fear to have. Because, let’s face it, on some days we just are, and it’s never the end of the world. Just, you know, keep swimming. Keep working. Keep learning. Try new things. Try other new things. The Boy’s best teachers, after all, are never the ones who are unyieldingly The Best. They’re the ones who can flow and reflect and expand and absorb and change. As a parent on the verge of enrolling my then-2nd grader in his very first special ed program, I wrote:

But ultimately, what I want is something you can’t really legislate. I just want autism to be accepted from the ground up and build from there. And nobody officially does that. They either have it in them or they don’t.

So, you know. I have it in me, at least. This might not be easy, but it just might be the best year yet. Onward.
Posted by Floor Pie at 11:20 AM