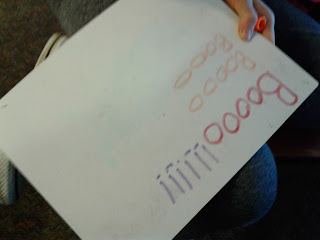 I didn’t think I would cry. Or that it would be my students, some of the only people who’ve been keeping me sane and happy during these dark and dangerous times, who would be the ones to tip the scales in the direction of weep-fest. My 6th graders, joyfully returning from a walk-out organized by the neighboring high school to protest the dark and dangerous times. My 6th graders, bragging that they’d ditched the march and gone to 7-11 instead.

And then immediately taking it back upon seeing the disappointment on my face. 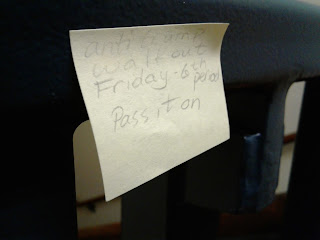 I shouldn’t have been surprised, because OF COURSE they ditched the march for 7-11, being basically children and all...children who no longer get recess or much of anything beyond endless paper/pencil tasks and ample opportunities to feel bad about themselves; children whose teachers pull me aside in the hallway to scold me for being such a bad babysitter (where are the consequences? how are they being held accountable?! ); children whose case manager teacher is sitting motionless at her desk, staring into the computer screen while the tears stream and stream and stream; children whose new president, the one they were supposed to be protesting while they were sneaking off to 7-11, is about to appoint a leader who doesn’t even want this teacher here protecting them from 15-day suspensions and a grading system that punishes – sorry – holds them accountable – for their disabilities.

“You’re giving me a negative vibe, Ms. Floor Pie!” scolds a student, not wanting to hear anything more about freedom equaling responsibility, and storms out of my classroom to play with the other kids cutting class in the hallway. And that’s the tipping point. Here come the water works.

The principal shows up and is thankfully, surprisingly, supportive. Looks into the kid’s face, the kid who’s surely going to give me playful hell on Monday for calling the principal on him, but who still needs to hear that principal say THIS teacher will fight for your education when no one else will! And you want to mess with THIS teacher?

Finally I’m able to sniff and apologize. “I’m sorry you had to see that. But now you know that teachers aren’t robots. We have feelings too, and our feelings get hurt just the same as anyone else’s.” They get it. Because kids, in general, are simply better human beings than adults are much of the time. 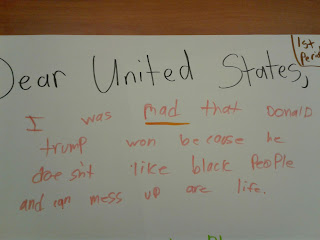 Earlier that day, I’d spent my prep period on the phone with the school psychologist who’s doing The Boy’s 3-year reevaluation. She’s beyond amazing, this woman. The school psychologist I’ve been waiting for. She’s got some harsh truths and concerns and hypotheses for me, but my Zod she sees the nuance, too. She sees what I’ve been seeing all along, what I’ve tried to express to blank stares glancing anxiously at their watches around too many conference room tables over the years. Not this time. Even his classroom teachers have written complex, nuanced, frank-but-strength-based whole paragraphs about him in the drafted reevaluation. I’ve never seen anything like it.

Then, as if to underscore the hilarious absurdity of my work/life balance these days, my classroom door opens and in walk three of my boys, my “high flyers” as we say in the biz, deep in conversation with each other while I continue to talk to my son’s school psych as if nothing out of the ordinary is happening. A moment later, an administrator comes in, radio in hand, urging them to return to the cafeteria where they’re supposed to be. All four of them vanish as quickly as they appeared.  “Isn’t it great that they felt safe coming to your classroom?” asks a colleague as we laugh about the absurd situation over a small Special-Ed-Supporters-Only happy hour. Yes, I think. It is.

We say our goodnights, I turn on my cell phone, and there it is all over my social media feed like a bitter orange cherry on top, marching into power to gleefully piss on my very livelihood and everything I’ve ever cared deeply about. And I’m crying again, silent and stoic, seemingly endless cascade of tears down my face. 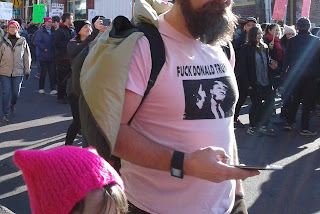 Today, though, my social media feed is all pink hats, ferocity, and inspiration. Driving Little Grrl to her Japanese class this morning, the streets of Seattle are packed with freedom fighters of all descriptions, waiting at bus stops, walking, biking, gathering for group photos before heading off to the march. And when I pick up my phone again it’s full of texts from various pink-hatted family members – not just the ones who live in DC but from all over the nation, taking a stand.

I’m finding this all incredibly encouraging as I plod through my usual Saturday routine of trying to catch up on paperwork while special education is still even a thing. And I’m reflecting on the brightest moment of my teaching yesterday…first period, right after the principal’s lengthy announcement detailing the rules for participating in the walk-out.

“The United States of America is still a free country,” I told them. And even though they’re not supposed to get this information until 8th grade, I drew the Three Branches of Government triangle on the board. “He’s not the king,” I explained, to many students’ relief, and I wrote the names Patty Murray, Maria Cantwell, and Pramila Jayapal on the board under the “Congress” point of the triangle. “You don’t have to be 18 to call and email these women,” I said. “Tell them what YOU want from your country. It’s still your country, too.”

And I saw their faces brighten just a little. 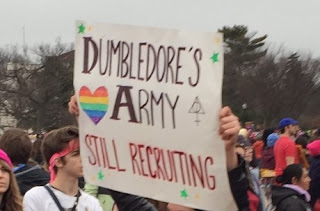