For Jason. I hope you can hear this. 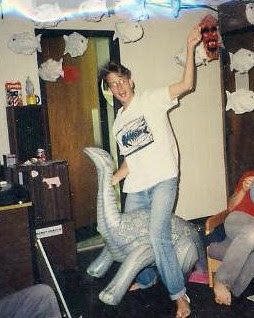 The last time I saw you, we all kind of agreed that we were just going to talk about “Now.” Or “Now-ish,” at least. Not that there’s anything wrong with nostalgia. It’s just that there was so much more to say, what with us all being in our forties and having not seen each other in a bajillion years and whatnot.

We already knew the old stories. The Saturday Night Live and Love and Death quotes. The time you nearly got away with stealing an entire tray of doughnuts from the U.C. (“Put it back, Son.”) The Planet X cartoons. The time you and Ned and I tried unsuccessfully to destroy a New Kids On the Block CD in the disgusto bathroom sink in your suite and then, when that failed, threw it out the window and accidentally hit the pizza guy. The time we all drove down to Princeton to go to Hoagie Haven, and there was no room for you in the car so you curled up in a ball on the floor, singing along with the new Depeche Mode album: “All I ever wanted/ All I ever needed / Was a new lyricist….”

We didn’t talk about all that, I guess, because it simply didn’t loom as large in our lives anymore. Or maybe we felt close enough to each other, secure enough in our friendship, that we didn’t need to invoke the old Deadbeat Club days.

You were so strong and peaceful that day. So calm. You said you prefer to call it “living with cancer.” Over the course of the afternoon, you told me the whole story. Ned came by. And then Nate. We were all so calm and still. We really listened to each other. We spoke to each other instead of performing for each other. Talked about our pets and kids and partners and jobs and aging parents. All the things that used to scare the hell out of our younger selves.

So I guess I wish we had talked about the olden days a little bit that day. And I wish I’d thanked you for them.

Because, really, how amazing was that? Not only did you let me play when most people thought I was way too nerdy…but you genuinely admired me in a way that I simply wasn’t able to see for myself. You took all the stuff that was weird and dorky and inaccessible about me and made it awesome in your eyes. I didn’t have to fake any of that. You brought it out in me. You gave your love and admiration so purely. You helped me find the confidence to really let that freak flag fly with joyful abandon. What an incredible gift that was.

I love you so much, my friend. I wish I was there so I could give you a real hug instead of this Internet “vibes” nonsense, really look at you and hold your hand and tell you all this in my own voice. I hope you can hear it. 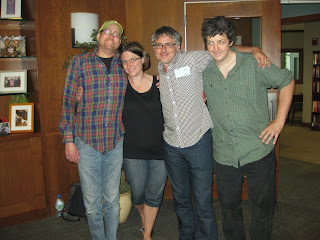