Who Knows Where the Time Goes 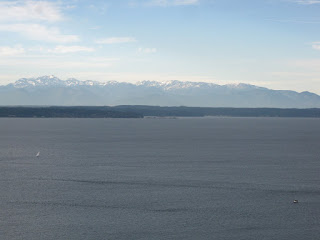 Reader, they hired me.

Mere days before winter break, the school where I was subbing offered me a full time job as a special education assistant. And while I’m old and jaded enough to understand that an entry-level full-time job in one’s chosen field is about as much of a Happily Ever After as a Disney princess’s Love’s First Kiss, I can’t deny that it is a definite turning point. A new path.

And so, at the terrible risk of sounding like a big fat self-deluding bloggy narcissist, I’m going to embrace this moment with a little benign grandiosity. I’m going to say I’m proud of myself. In fact, I’m going to say holy frijoles, maybe it took me until my forties but I have finally learned how to somewhat-successfully navigate the world of Career without getting my butt kicked.

I have a job that I like so much, it barely even feels like work. I have the job I wanted at the very school where I wanted to work. And I have a plan…a plan which unfortunately involves taking the GRE again, but a plan that will keep things interesting and challenging. A plan that just might someday let me be an innovator in the world of special education. A girl can dream.

But for now, I have a few years of apprenticeship ahead of me. Rather than rock any boats or leap on any soap boxes, I’m going to hunker down in the cracks and learn the trade. Like every other person in this field, I am here for the students. But I’m also here to learn. I’m here to listen more than talk. I’m here to accept whatever absurdities and frustrations come my way with grace, and to quietly lead by example.

I will not be blogging about any of this. In fact, I doubt I’ll be blogging much at all. At least not for a while.

When I first stumbled upon this whole blogging endeavor, The Boy was four and Little Grrl was just a baby. I’d just given up my work-from-home proofreading gig. Co-op preschool was out for the summer. For the first time in years, I had the time to pick up writing again. Not only that, but I had a built-in supportive Open Mic Night at the Campus Coffeehouse audience in my fellow members at Offsprung.

This is where I told my stories, pondered and reflected, and found my voice – first as a writer and then, amazingly, as an emerging special education parent. But most importantly, and against all my cynical preconceptions of the Internet…this is where I made some real friends and turned what would have been casual IRL acquaintanceships into something more meaningful. You guys are the best. Where would I be without you? You are the wind beneath my wings. Literally. Officially, even. All the hyperbolic adverbs.

Now go forth and be excellent to each other. And, you know, read the archives if you’re so inclined.