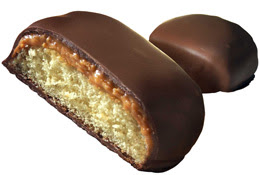 I knew it before I even saw the little boy. I could tell just by the admonishing words his end-of-her-rope mother was snapping at him, the very words that come to the tip of my own tongue time and again and, occasionally, shamefully slip out.

I knew it, but I still had to look. I watched her stride angrily across the convenience store to the ATM machine, and I watched him trailing after her looking a little panicked, a day late and a dollar short, determined to keep up and do it right this time – Hey! Buttons!!

And then he wasn’t following her anymore. He was in the middle of the store, punching away at the irresistible buttons on a second ATM machine. Her unanswered calls bloomed into a desperate tirade, unloading all her frustrations across the aisles.

I hadn’t taken a shopping basket when I came in, and my arms were overloaded with Tastykakes and Combos. My dad and the kids were waiting for me in the car.

She was threatening to beat his ass.

I couldn’t stop myself. Something moved me. Arms full of junk food, tears in my eyes, I walked over to the boy and said in my best co-op preschool voice “Okay, I hear your mother calling you. See, she’s right over there.”

He looked at me, alarmed, and then at his mother on the other side of the store. His eyes lit up as if suddenly remembering what he was supposed to do, and he ran to her side. I followed him.

She was staring straight into the ATM screen, eyes full of tears herself, jabbing defiantly at the buttons.

“You’re doing a good job,” I said with sincerity and kindness – not because it was true, but because she needed to hear it.

She looked at me in sad disbelief. Her face was so heartbreakingly young.

“He has ADHD,” she confided. I nodded plainly, as if she’d just told me “He likes football.”

“Mine has Aspergers,” I said.

And then, while it poured rain outside and my kids watched another episode of Phineas and Ferb on the portable DVD player in my dad’s car, while I stood there holding my Tastykakes and Combos, she told me all about it. Her ex-husband is no help. The school keeps calling her, telling her she has to medicate him or he’ll be expelled. And she’s so, so stressed out and tired.

There are a million things I wish I would have said. Mostly, though, I just listened. The little boy was unbelievably bored by all the grown up talk. He ran across the store to the beverage section and grabbed a big red squeeze-bottle of Kool Aid.

“No! NO! You’ve already had one today and your dad’s going to give me hell about it. Put it back! Put it back!”

I added my preschool voice and gentle words, and he froze, looking at me like I must be some kind of crazy lady. What the hell am I doing?

But it worked. His mom started using a gentle voice too. And then…he put the Kool Aid back and ran over to us.

We walked toward the checkout counter, where I paid for my armload of snacks. I gave her some tips for dealing with the school and told her to keep trying. I told her about the gymnastics class my son takes, and what an amazing outlet it is for his boundless energy.

“Or what about taekwondo?” suggested the checkout girl. She knew a boy with ADHD who’d had tremendous success with taekwondo. And then the three of us chatted a bit longer.

“Well, he’s absolutely adorable,” I said to the mom as I went to leave. “And he’s a good boy. I can tell.” The checkout girl nodded in agreement.

“Thank you,” she said, so much more calm than when she’d first come in. “I know he is.”

And that was that. I went back to the car, where my dad had been waiting with infinite patience to use the restroom. Good old dad.

When I told him what had happened, he worried that perhaps we should have been more proactive. If she was threatening to beat his ass, he reasoned, that probably means she already does.

Maybe. The thought of it breaks my heart. I felt like I was making things better, but what if I’d only made them worse? What if I’d had no impact at all?

We got back on the road, picking up Interstate 83 out of rural Pennsylvania toward Baltimore, where we’d be catching a plane back to Seattle early the next morning. Worlds away, it seemed. 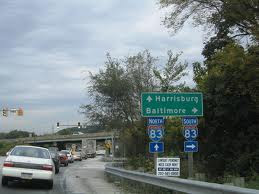 I thought of The Boy, and how wildly misunderstood he was in his earlier days – by teachers, by judgmental passers-by, and even by me. I remembered how failed and desperate I used to feel when nothing seemed to work. When he’d tantrum and bite. When he almost pushed a little girl off the top of the jungle gym. When he’d stop in the middle of the damn street in the pouring rain as the light was about to change, examining a patch of dried bird poop with intent fascination, hitting said bird poop with a stick, absolutely transfixed until I grabbed him as best I could with his baby sister Moby-wrapped on and dragged him across the street to safety.

I never hit him. Sometimes, though, in desperation and frustration, I felt the horrible impulse to do just that. I wanted to lash out, scream it out of him, scare him straight. I knew better. I would go in the other room and take deep breaths, call my sister, turn on Bob the Builder for him and go take a much-needed nap.

There were times when I’m sure I looked like a simply terrible mother. I’m not, of course. But we all have those moments, if we’re really honest with ourselves. And no amount of judgment or shaming or mommy wars articles could have fixed it. The only thing that could ever soothe me to the point where I could be my best parenting self again was empathy – something that’s, unfortunately, in very short supply when it comes to moms.

I was lucky. I had my sisters, parent education classes at the preschool, a supportive husband, and a handful of friends who understood. I had people who would tell me I was okay, even if it didn’t really seem that way. People who helped me realize my own strength and capacity to take it on. That’s what really helped.

And that’s what I hope I was able to impart, in whatever small way, to the mom in the convenience store. I wish her only the best.

You did good, FP. Considering you were a stranger to her, I think you did the right thing.

Certainly better than the "friend" who told me I just needed to mellow out when I was livid and terrified because Miles took my car keys and ran to the hot car to escape because he was stressed out by the newness of the situation at her son's birthday party. She really thought I just needed to be a more mellow mom and it would all be okay. Miles could just, you know, be more normal then.

The topic of friends who get it and friends who don't is one for another day, I guess. But I think you did your very best as a stranger in a grocery store.

I came to your blog via a facebook friend, so we've never met.

I'm not a parent. But I can tell you when another person--family, friend, or stranger--responds to your difficulty with kindness and compassion rather than anger or judgement, the world shifts. For just that one moment.

Who knows whether you made a "big impact," but for that one moment, you changed her whole world. Keep creating those moments. They do add up.

Good one, FP, and good on you. Keep breaking out that co-op voice. The world needs to hear it! =)

I don't know if you made an impact, I hope you did. You certainly made one with me!
I am a 'end of her tether' mum of a little girl undiagnosed at the moment. I am facing a lonely battle to get her a diagnosis with little support and just to know that people are on my side is a huge relief and comfort.
Good Job,
Lottie x

Hi i just want to say what a great post it is thanks for share and keep up the good work.
Travel to Vietnam in Luxury Way