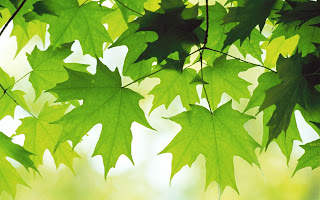 There was a plum tree in the front yard, heavy with silvery-purple fruit, and a haze of fuzzy bumblebees hovering around the lavender. Everything there had a deliberate storybook quality to it, including myself, I suppose. This was the very intentional direction I’d taken. Put myself in a different place, found a room in a sleepy vacation town’s suburb and waited to see what would happen.

It was summer. Still no teaching job lined up for the fall and no opportunities to sub, so I patched employment together with tutoring and taking classified ads for a newspaper whose office was in an old barn. That’s the thing about Pennsylvania. There’s regular country and Fancy Country. You know you’re in Fancy Country when the 7-11’s and car dealers are shaped like old barns, and the actual old barns have been repurposed into law firms and “shoppes.”

But I loved it there. Towns, not cities. That’s what I preferred in those days. You could walk from one end to the other, sit on a bench and have your coffee in the sun while the tourists streamed by in all-too-colorful scarves and crafty jewelry. The locals were either wealthy married/traditional or artsy eccentrics.

I was happily in the latter category, and in good company in that house. The woman we rented from was a former model with her own jewelry business. One roommate was bound for the Peace Corps in the fall. The other didn’t last very long after almost setting the place on fire one time too many. But we, the remaining three, fell into an easy orbit of intermittent support and friendly solitude. All three of us in flux, not quite settled into jobs or relationships, not quite sure what was coming next.

The roommate and I would hike sometimes, driving deeper into the country in search of trails less-traveled. Or we’d just drive, winding around the back country roads she knew, losing ourselves in conversation. More often I’d set off by myself, to hike or haunt the colorful streets of the tourist towns; to sit alone at a poorly-attended poetry slam, watch a wistful folk singer or a cringe-inducing one-man show about some dude’s path to enlightenment.

It was lonely, for sure. But the loneliness felt strangely okay. It was a welcome quiet. A retreat. I have no photographs from that summer, but when I think back on it I get a very distinct sense of just…leaves. Bright green ground-to-sky leaves upon leaves, with the golden sun pouring through.

Those Pennsylvania summers. You just swim through the humidity sometimes. But at night the air is heavy with seedy, sultry tiger lily pollen and sweet honeysuckle. The stone house stayed cool, especially on the back porch. We’d sit there together some evenings, sprawled on the wicker furniture to share the day’s exhilerations and frustrations; share our stories, insights, advice. And talk about sex. Of course.

And I remember thinking this is what I need. Women friends who understand, who think, who are strong and insecure, who live and feel. Men are lovely, but you don’t get that from them. They make you doubt yourself. You want their love, so you buy into their bullshit and blame yourself, when really all either of you need is space and freedom from the pressure to be each other’s everything. And I started feeling better. Like I could do this living-on-my-own thing after all.

There were no resolutions. But things were winding down. The Peace-Corps-bound roommate moved out. One boyfriend disappeared; an ex resurfaced. My summer jobs ended. And the owner of the house decided he wanted to move back in with his daughter in the fall. It was time for me to move on.

My sister had an extra room in her new Philadelphia apartment. It was mine if I wanted it. Did I want it?

It’s the city, I rationalized. More job opportunities. Better-attended poetry readings. And – let’s face it – more single men. I could have stayed in that town, found another room to rent, another quirky job, another orbit of like-minded women. But in the end, I decided my chances would be better in the city.

And so, I went. Traded the tiger lilies for bricks and concrete; the verdant peace for hipster cacophony. It would be a whole year before I’d make Philly my own and feel truly home there. What lay ahead was more of the same lonesome transition I’d begun in the small town, but faster-paced with some spectacular disappointments in store.

I never questioned my decision to leave the small town. I’d moved there that summer with the hopes that something would happen; that somehow my life would just start. Nothing happened after all. Then again, everything happened. I had my first taste of really living independently, without being tied to school or family or a boyfriend or even friends. And I brought that newfound independence to my new city, struggled and floundered and failed for a while and then…things got better. I was on my path.

Seven years later, I married Mr. Black in that same charming little town. I’d lost touch with my old housemates from that nascent summer, but they were there in spirit in the leaves and the flow of the river. Moving on again.