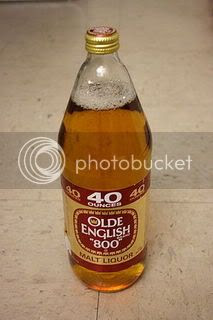 Okay, so my big day isn’t until August 29. But an old friend is working on a scheme to craft song lyrics out of his friends’ ruminations on turning 40. Since I’m just a girl who can’t say no to every “List Things About Yourself” meme that Facebook sends my way, I’m delighted to help him out. I’ll do my “turning 40” navel-gaze ahead of time and spend my real 40th birthday cavorting on the Oregon coast with the Fam, drinking local microbrews on some motel balcony with Mr. Black after the kids go to bed.

1. Bring it on. I look around and 40 really feels like the right age for me to be. I’m happier than I’ve ever been. I can honestly say that. I’m not grasping anymore, no longer pouring volumes of frenetic energy toward some nebulous end, no longer spilling time into pleasing middle managers or would-be boyfriends. I never expected to feel so well-suited to being settled. But there it is.

2. I’m sure we all miss our young bodies, but these older bodies aren’t so bad. I love the smirk-wrinkle on one side of my mouth. I love how crushingly heavy Mr. Black’s chest feels on mine now. And at the pool, there’s something wonderfully endearing – sexy even – in the love handles, scars, and office-job tans on our fellow almost-fortysomethings. We are men and women of the world, and this is how it shows.

3. I can’t believe how not-forty I dress. I still have floppy hair and a wardrobe of old jeans and T-shirts. If it’s not sandals, it’s hiking shoes or beat-up old clogs. Right now I’m wearing a sweater of my dad’s that I borrowed from him my senior year of college. But maybe that just makes me the female version of “gray-haired ponytail guy,” the frizzled would-be adolescent who doesn’t realize his age is showing. That’s a familiar sight here in the Northwest. At least I’m in good company.

4. It’s a little embarrassing that I’ve achieved very little professionally. I’ve had plenty of interesting, decent-paying jobs. But I never found much to be passionate about at work, other than delicious paychecks and health insurance. In fact, I’ve been a mom for longer than I’ve held any one paying job. Yikes.

5. It’s even more embarrassing that I’ve achieved very little creatively. Very little indeed. In college I wrote, acted, did improv comedy, and drew a comic strip with some friends for the school paper. I’m pretty certain I was hopelessly mediocre at all of it. But at the time I felt so charged by it all; illuminated by the mere process of writing, comedy, whatever. I didn’t have the first idea how to pick any of it up and turn it into a career, or even a post-graduate hobby. So I didn’t.

Maybe that was a mistake and maybe it wasn’t. Maybe I had more pressing things to sort out for myself first. I will say, though, that starting this blog is one of the best things I’ve ever done for myself. Finally finding a “voice” at my age and having a space to blab it all over the place has been … mmm, words ironically fail. And I love that you folks actually read it. /hugfest

6. I’ll be 40 when my oldest child starts kindergarten. Sometimes I can’t help but feel a little self-conscious about that. There’s always the “why did you wait so long?” question. Like I dropped the ball or something. When my mom was 40, I was graduating from high school. What the hell took me so long? It’s not like I had some brilliant career to focus on. No, I was simply unlucky in relationships and then unlucky in carrying a pregnancy to term. This is how it all worked out. And yet . . .

7. . . . Being a 40-year-old new mom is sometimes mistaken for a token of privilege. It’s assumed that I chose this path so I could rack up money and status before having my children completely on my own terms (presumably with the help of costly medical reproductive assistance). I overheard some younger moms on the playground complaining about the patronizing rich-bitch older moms in their circle. Then they all merrily agreed that they would have the last laugh, because they’ll still be young and vibrant when the kids leave the nest (while moms like me will be old hags grappling with cancer, I suppose). Which reminds me . . .

8. . . . How old will my children be when my health starts to decline? What if I don’t get to see the adults they’ll become?

9. My sisters and I used to get together over Christmas break and bond over whatever friend/lover drama was happening at the time. Last Christmas, it was less like a chick movie and more like . . . well, life. Real estate predicaments. Job insecurity. Our children and their various health issues. The looming truth that we’re not those sparkling girls in our parents’ house anymore. We occupy the space more heavily somehow. We eye our parents cautiously, maybe making some awkward steps toward the caretaking they don’t yet need. We can sense a critical shift in the family dynamic somewhere in the future. Hopefully the distant future. But you can never be sure.

10. I don’t underestimate the comfort I find in a happy marriage and parenthood. But it doesn’t quell the loneliness or dread that aging inspires. We’re all the “crazy cat lady,” married or not, parents or not. We’re all alone. There are deep, unreachable places in our hearts that aren’t even meant to be filled by other humans, and we feel these empty spaces profoundly sometimes. Like when you’re sprawled on the bathroom floor with a killer migraine and the kids keep banging on the door. Or when you tell your partner “I’m worried” and instead of a comforting hug you get the Nixon eyes and semantic defenses. There’s that moment in a conversation when you realize you just can’t explain yourself any further, so you sigh and retreat. Relationships are process. They’re not an end, by any means.

11. At the playground last weekend, I saw a couple that made me want to burst into a rousing chorus of Rodgers & Hammerstein’s “Hello Young Lovers.” Children were streaming by in every direction while parents chatted and helped them on the swings and the monkey bars. Into this scene strode two bed-head twentysomethings so obviously new to each other, so clearly on their way to or from a diner brunch after a gorgeously unfamiliar morning after in each others’ arms. They played on the playground equipment with as much joy as the children, smiling more widely when the other one wasn’t looking.

And I caught the young woman checking us out on the jungle gym, just as I used to check out families on playgrounds on the morning-after walks of my twenties. There’s that brief moment when you suspend your cynical resolve and let yourself wonder “Could this be me? Could this be us?” I wanted to high-five her or something. Or at least give a nod in affirmation. I wanted to let her know that this world is not the distant planet it appears to be. Motherhood is no more mental freeze than academic jargon or a bad student play. And middle-aged or not, we’re the same people with the same loves, insecurities, and creativity that we had twenty years ago. Sometimes we look around and can’t quite believe we’re here either. But we’re still ourselves. That really, truly does not change.

so well put, Congrats on 40..and happiness