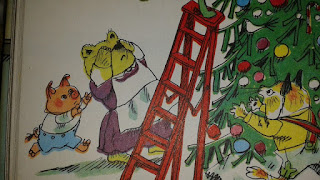 Threshold
I understand Spanish but I can barely speak it. They crack up when I catch them teasing a classmate about her “novio,” and want to see what else I’ll understand, trying to out-do each other with nastier and nastier words, gleefully watching my face to see if I know what they’re saying. There's an adorable joyfulness about it, like when a 4-year-old chases you. These dudes were 4 not that long ago. It's heartwarming to see it in their faces.

Elopement
The trick with Student P is to not go looking for him. “I’m good at hiding,” he’ll say proudly.  Once he realizes that I’m not looking for him, though, he’ll always come and find me. Wide-eyed and joyful, hates work but loves his teachers, refuses to write until he finally sits down and cranks out something that could be the opening act for Being John Malkovich. He is open and raw and soft and scarred; no posturing whatsoever; almost terrifyingly childlike and amiable. There’s a raging darkness in there that I wouldn’t dare attempt to peer into. But I sense it.

Prep
I didn’t plan this conversation. I didn’t even know I was going to see Student Q today. He’s not my student anymore. I barely recognize him anymore. But we’re happy to see each other and I want to say something, so it falls right out of my heart. “I’m worried about you.” And his face…just opens. It’s as if there’d been a hard shell around it, and I can see it just crack right open. We just talk. It’s a really good talk.

IEP Meeting
Right in the middle of this wacky week, I’m taking a half-day and signing on the “Parent/Guardian” line of an IEP signature page instead of my usual“Special Education Teacher” line.

I never take The Boy to school, so I miss the turn and don’t know where to park. I don’t know which door to go in, either, and he is bemused by my incompetence. He’s taller than me now, and we’re walking down this high school hallway past all these teenagers and posters for the winter dance. Ten years ago I was having an existential crisis over whether he would be ready for kindergarten in the fall.

It’s a good meeting. He’s having a good year. But I still feel winded and broken at the end of it. If I’m really honest with myself, at the core I guess I still don’t see his deficits as deficits. And I’m deeply sad and sorry that the rest of the world does and always will.

I wish things could be different. But he’s happy and settling into adolescence without too much friction. He’s growing so fast and far beyond my reach.

Class
Student R brings his colors to school but can’t quite bring himself to wear them. Folds and unfolds the crisp new bandanna on the table in front of him with a heartbreaking childlike reverence, like it’s his new dinosaur or train or science kit. People higher up than me have known for longer, they have more power, more knowledge, and they are trying to do what they can. So I just keep teaching. Teach the whole class, then sit with him and teach it all over again, and he’ll get out the work and try. He’ll usually try.

Department Meeting
It’s my turn to share a “positive” about my week. And even though this week has been beyond ridiculous, I know exactly what to say. Through all this storm and stress, I feel love for my students and trust in myself. And it strikes us all, the moment I say it, how simultaneously huge and insignificant that is. Love and trust.  Half full. Half gone. But half full.