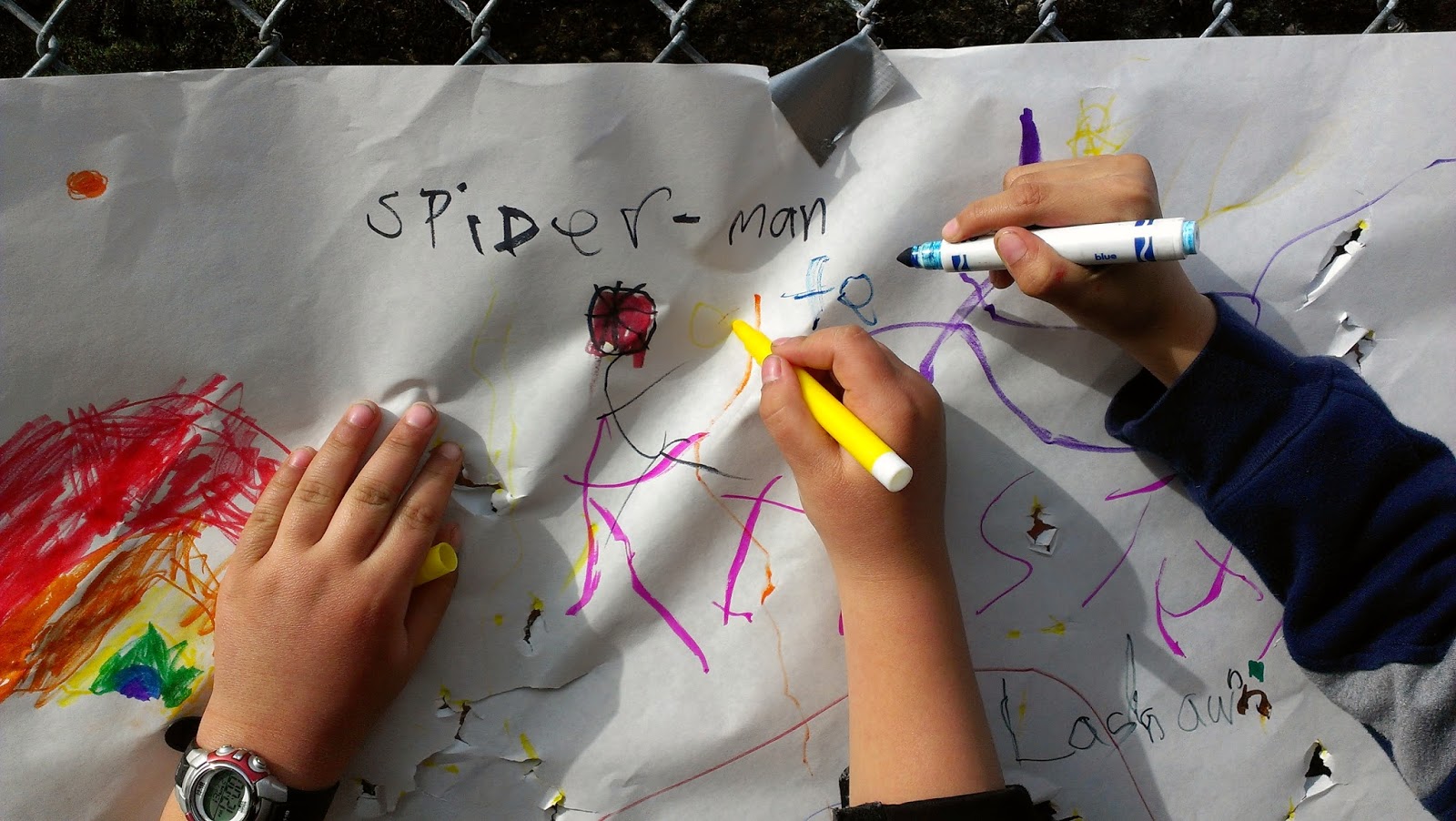 I was walking a sweet little first grade girl back to her classroom when we crossed paths with an older autistic student who was having a rough start to his morning. I tried to set a blasé “nothing to see here” tone with my body language, but she still gave him a look of wide-eyed curiosity. He responded by stepping as close to her as possible, looking right in her face, and announcing “You’re a BARF BAG,” before walking back to the special ed para who was with him.

I took the girl’s hand and calmly kept walking. When we were out of earshot I said “I’m so sorry he said that to you.”

“It was a little weird,” she said, looking at me with a mix of amusement and fear, seeking my face for a clue as to which was the appropriate response.

“I know that boy,” I told her kindly. “He’s a really, really good person. He’s just having a bad day.”

“Oh!” she said brightly. “He’s kind of like Joe.” (Joe is a first grader in our school’s special ed inclusion program. Not using his real name, obviously.)

“Joe used to say mean things to us, but he’s doing so much better now,” she told me proudly, as if she were a member of Joe’s IEP team herself. “And he’s spending more and more time in our classroom!”

Every trace of fear and curiosity was gone from her face. Joe was already a part of her community, and she was able to extend that understanding to another student who was very much in need of it. 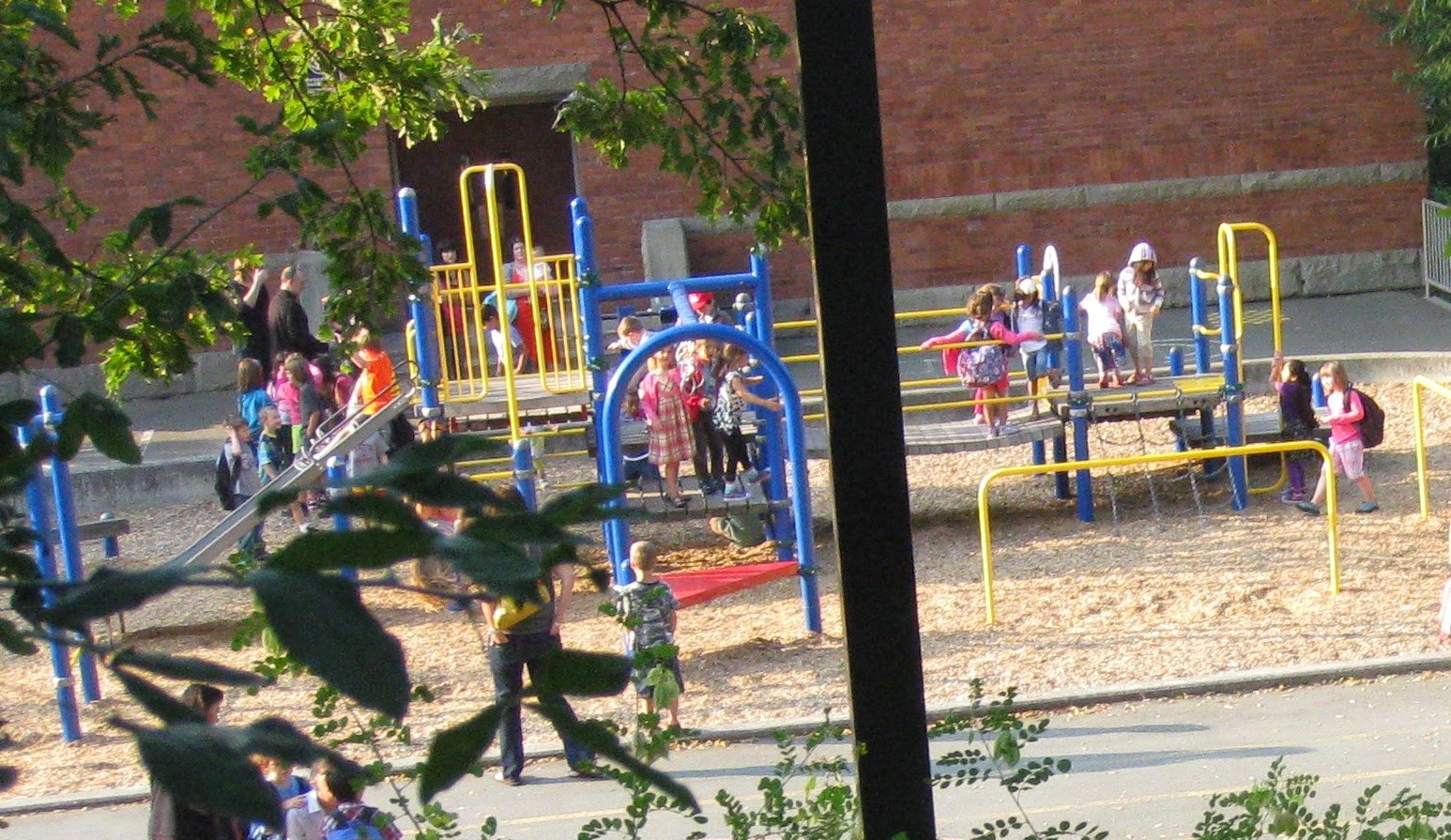 Recess
Charlie (again, not his real name) was a first grader at one of the first schools where I subbed. His favorite recess activity was running around the perimeter of the playground, over and over, deeply immersed in Batman fantasy. Sometimes the other children asked him to play, but he’d just keep running as if he hadn’t heard.

One day, though, we were delighted to see him playing Batman with a small group of boys. I was about to go on my lunch break. The other para had come to take over recess duty for me. We paused in our changing-of-the-guard routine to proudly admire our little dude running happily with his newfound pack.

And then…our little dude pushed a kindergarten boy flat on his face on the blacktop. The parent recess volunteers came running. One of them swooped the kindergartener off to the nurse’s office. Charlie was just standing there looking utterly confused.

“I’m sorry,” he said reflexively. And then, as if trying to figure out where he’d gone wrong, he explained “He told me to get him. He told me he was the bad guy.”

The other para calmly took Charlie aside to explain about literal versus figurative “getting the bad guy.” I was about to head back inside for lunch when I saw the kindergarten victim return from the nurse’s office and sadly take a seat on the curb. I sat beside him.

“Yeah,” he said glumly. “I guess I’ll have to watch out for that guy.”

“His name is Charlie,” I told him. “Did you know that Charlie is just learning how to play with other kids?”

“Learning how to play?”

“That’s right,” I said. “Everybody’s learning in school. I’ll bet you’re learning how to write your letters and numbers in kindergarten, right?” He nodded. “Well, Charlie knows how to write his letters and numbers. But he doesn’t know how to play Batman with other friends yet. He didn’t understand that you’re just supposed to pretend-hurt the bad guy. You already know that.” The kindergartner nodded proudly. “Maybe if you decide to play Batman with Charlie again sometime, we can all help him learn.”

He liked the idea of helping a first grader learn something. And he went off to enjoy the rest of his recess. 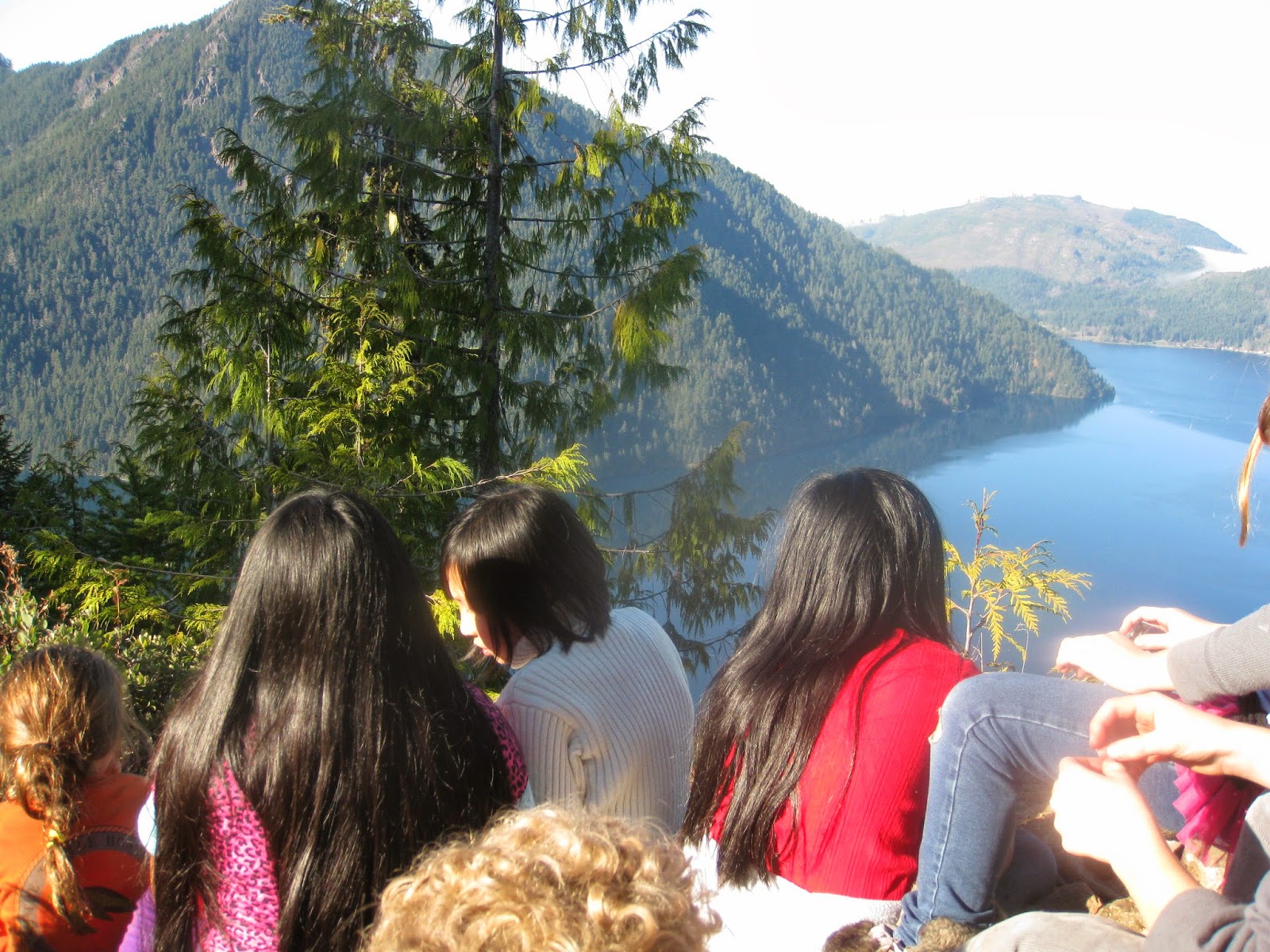 Camping Trip
This story inspired me greatly in the early days of The Boy’s diagnosis. It’s about a 5th grade camping trip, and how an autistic student’s classmates supported him as he completed a challenging team-building game. The boy’s father and writer of this excellent piece concludes:

They grew up with someone different and knew well what he needed. And they knew they could provide it. They learned tolerance, empathy and confidence that they could help those in need.

When the time came for The Boy’s 4th grade class to take their camping trip, this story was at the front of my mind. I made the very earnest, well-intentioned mistake of asking our principal to assign me to be the special ed chaperone. She made the very earnest, well-intentioned mistake of agreeing to it. I was the only special ed staffer, and also the only special ed parent. What could possibly go wrong?

What, indeed? The Boy, who’d been having a very successful school year up until that point, went off the rails before we’d even boarded the bus. He started arguments. He responded explosively to teasing. He latched onto one friend and responded with Medea-level jealousy if that friend spent time with anyone else. He ran off into the woods by himself. He yelled at the parent chaperones. He cried himself to sleep the first night in the cabin assigned to staff because he couldn’t handle being in with the other students.

The parent chaperones tried to be polite about it, but I could see the strain and confusion on their faces. By the end of the trip, one of the moms had pretty much had it with my son, my stressed-out attitude, and the whole lot of our autism inclusion students. “They’re not the only ones on this trip,” she snapped at me as I tried to juggle their competing quirks and needs.

There was one bright spot, though, and that was the NatureBridge program itself. Our group’s camp instructor took The Boy’s behavior in stride, or at least had a world-class poker face about it. When he walked right up to her in the middle of a lesson and started examining the compass around her neck, she gave it to him to wear. When he chose to sit by himself on a log instead of journaling, she gave him space. When he charged up the trail ahead of the group, she offered him a huge walking stick and encouraged the other students to join him. He and about five gung-ho students led our group all the way up to the top of the mountain.

By the time we’d reached the top, The Boy was chatting happily with students he’d barely even acknowledged at school. Our instructor set the tone for focusing on his strengths. His classmates and The Boy himself quickly followed suit. And even though the trip was extremely challenging for him, that’s not how he remembers it. He still talks about what he learned about nature and how much fun he had climbing the mountain. As difficult as it was for me personally, I count the trip a success.

Learning
This is the time of year when parents are trying to choose elementary schools for their prospective kindergarteners. A preschool teacher friend of mine told me that sometimes parents express concern about my elementary school because of “all the special ed kids.” They worry that our special ed students will make it hard for their “normal” children to learn. They worry that perhaps their “normal” children might not be safe. This teacher has tried to convey a positive, accepting message, but wasn’t sure it had been successful. Did I have any advice?

You’d think I would have had lots of advice. But the question just made me cranky and tired. I feel like I’ve been talking about this for years. I feel like sometimes it’s all I ever talk about. I’m kind of running out of things to say.

We all know, of course, that special ed students aren’t the only ones doing the pushing, name-calling, and disrupting. But yes. This happens. Inclusion can be messy. I’m not going to pretend that it isn’t.

What should go without saying, of course, is that school is messy, period. Life is messy. Relationships are messy. Any time you let other humans into your life, guess what? Messy!

But that’s where the real learning happens. Those students who had run-ins with their autistic classmates? They learned a real, authentic version of empathy that they’re just not going to get from those Second Step flash cards and puppet shows. Real learning isn’t all pristine and quiet and well-coordinated. Real learning is spontaneous. There’s an urgency to it. It’s organic.

I can’t say it any better than this dad did in his piece about the camping trip:

Will the skills of tolerance and empathy help these kids in their academic life? Maybe not. Will they help them in the business world? I've dealt with enough CEOs to know that these are not requirements for the job. But if we are trying, as parents and teachers, to grow menschen, people of integrity and honor, then I saw some wonderful evidence of success.

I’m proud of my school for serving autistic students with understanding and fairness, and I’m extremely proud of the students themselves. Every single one of them. What incredible, well-rounded, empathic adults they’re going to become. 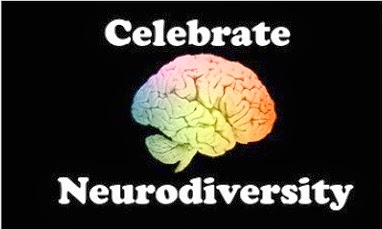