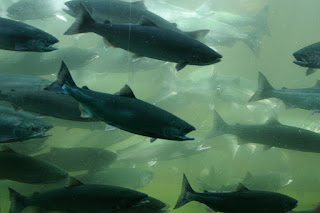 I’ve known this song my whole life. Well, at least since sixth grade. And it was the Judy Collins version, a favorite of my mom’s. I didn’t discover the Joni Mitchell original until I was much older, well into my single-girl-in-Philadelphia stint, coming out on the “maybe this isn’t so much fun after all” side of things.

I’d broken up with a perfectly fine boyfriend. Well, “fine” in that he was gorgeous and available – even if that last one was mostly due to his own inertia. We had a lot of fun together. Or so it seemed before I gave up weed in the hopes of getting a corporate job that might require a drug test. You know when you’re not stoned and suddenly an entire box of Entenmann's heavily frosted Valentine’s Day cupcakes doesn’t seem quite so delicious anymore? Yeah, that.

It was the right thing to do. I don’t even think he minded that much. I’d been a lot of work for him. We went our separate ways and that was that. But then came the loneliness of no longer having him on my couch, in my bed, across from me in our favorite restaurants or next to me in the video store…the knowledge that a better-matched partner surely existed for me somewhere, but how the hell do you find someone like that in the gritty Gen-X bars of Philadelphia or the sterilized cubicle world?

And that’s when I glommed onto Joni Mitchell’s version of “Both Sides Now.” It’s slower with more intensely felt regret and introspection than the Judy Collins one. It fit my mood perfectly. I’d tried love and life both ways, all possible ways, really, and here I was just as weary and flummoxed and alone as a sixth grade oddball just beginning to notice the world outside her imagination.

I strove to understand things, always. We didn’t have anti-bullying workshops or widespread use of terms like “sexual harassment” or “verbal abuse” until I was older. Feminism was still in its second wave glory which, in my young mind, pretty much translated to “Be good at sports” and “Boys are stupid.” Meanwhile, messages like “Fit into a pair of Jordache jeans” and, well, “Have a boyfriend” were much louder and more prevalent. And, of course, “Nerds like you are unfuckable and, in fact, barely human” was the loudest message of all.

So, while I waited for the 90’s to come and change all that, I strove to understand things. That’s where my power came from in those days. I wanted to know every angle, and I could usually analyze and outsmart to the point where I simply knew I wasn’t the inferior outsider I appeared to be.

Lucky for me, the 90’s did come and I grew into my nerdiness with a vengeance. I went to college and found my tribe. I began to navigate a social life outside my imagination. I could almost pass for normal, but I didn’t really want to anymore. Life was good. Life only got better, really, just like Dan Savage says it does. Still, in many ways I can’t help feeling just as weary and flummoxed as ever.

Striving to understand things only gets you so far. Because no matter how sharp and deep and nuanced your thoughts are…they’re only your thoughts. Your version of things is only one among many. You can put your absolute best out there and still get knocked on your ass. A lot. And the more you love and engage, the more you put yourself and your ideas out there, the more opportunities there will be to run up against ignorance and abject misunderstanding.

And the more you try to think over and around and through those misunderstandings, the more you realize that simply analyzing them isn’t enough. Each turn reveals complexities upon complexities until you just have to stand back and be amazed that human beings can even have conversations about the weather and somehow manage to understand each other. What are we all doing here?

At some point, I guess, you have to accept that you can’t control other people’s understanding. You just can’t. And instead of trying to out-think it, perhaps the better course of action is to immerse oneself in the imperfect flow of humanity and just go. Do. Make it about the process. Be in the moment. Get bruised and knocked around, have your assumptions challenged and maybe even proven wrong, let someone else’s philosophy inspire you even as it confounds and contradicts you.

Perhaps there’s no real harm in seeing something from both sides now and finding yourself more confused than ever. It doesn’t always have to make sense.

Wow! It's looking wonderful! I am very Inspired from you article.