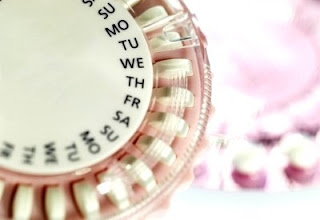 UPDATE: After last Thursday's anti-birth-control extravaganza, I posted an updated version of this story over on Open Salon. It's gotten a ton of traffic over there...almost like this issue resonates with people or something. Check it out if you like. I'll have something new up here soon.

Okay, people. I didn’t want to have to write this today. I mean, don’t get me wrong, I love to delve into a good lady-parts story as much as the next gal. I just didn’t think I’d need to do it in response to this particular issue.

Really…birth control. How can birth control still be controversial in 2012? And yet, it seems like I can’t look at the news without reading about it. I thought it peaked last week, during the controversy over whether Catholic employers should have to cover birth control in their employees’ health plans. I kept sputtering half-articulate outrage at the computer like a freshman who’s 3 weeks into her first women’s studies course while Mr. Black rolled his eyes and reminded me that this is actually good news. A return to the culture wars means the economy must be improving.

I was sure we’d heard the last of it when President Obama worked out a compromise. Catholic employers who object to providing birth control won’t have to. Health insurance companies will have to provide it instead (which should be fine with them, since birth control is a hell of a lot less expensive than pregnancies). It seemed like the dust had settled and it was time to move on to greener culture war pastures…like whether marriage equality will force us all to marry our bacon cheeseburgers.

But then today, I read this:

And let’s not forget this, from popular Republican presidential candidate Rick Santorum:

Many in the Christian faith have said, ‘Well, that's OK, I mean y'know, contraception is OK.’ It's not OK. It’s a license to do things in the sexual realm that is counter to how things are supposed to be. They're supposed to be within marriage. 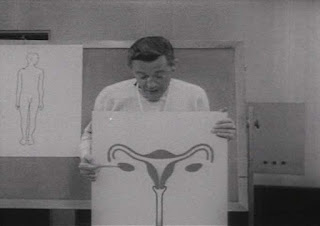 Sigh. Okay, here’s the thing, Republicans. And I’m speaking from “within marriage” now, not pregnant at the moment but plenty barefoot; just a baby-loving, home-owning, field-trip-chaperoning, cookie-baking, husband-adoring, Target-shopping stay-at-home mom. So listen up:

When I was 24, my ovaries were covered with endometrial cysts. The biggest one was the size of a baseball, practically swallowing the ovary whole. It could have made me infertile. Even after surgery and hormone therapy, those cysts can always grow back and wreak all kinds of havoc. But my doctor knew a simple way to manage the endometriosis – birth control pills. Tell us all about it, WebMD:

And that’s how I was able to heal up the lady-parts and go on to spawn these little cuties. Birth control and family values. Huzzah! 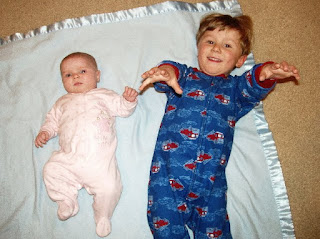 But it doesn’t end there. It doesn’t even begin there, really. There were miscarriages, too. Early ones, thankfully, but devastating losses nonetheless. Before The Boy, I lost three pregnancies in an 8-month period.

And then, when he was only 10 months old, I had my first and only unplanned pregnancy. Damn near immaculate conception, really. We were amazed, a little freaked out, and so happy. The most encouraging thing of all was that, without even knowing I’d been pregnant, this pregnancy had lasted longer than any of those earlier ill-fated ones. I’d made it safely past the “danger zone” where I would typically miscarry. Dreamily, I started shopping for all my old favorite pregnancy foods and thinking up baby names.

One week later, there was spotting. A blood test confirmed that the pregnancy had stopped growing. An ultrasound showed nothing but an empty embryonic sac. I was instructed to go home and wait for the inevitable miscarriage. They warned me that it wouldn’t be like the other ones, which were only slightly worse than an extremely heavy period. This one was going to hurt. Call us if there’s a lot of blood, they said. They even gave me a few maxi pads to take home. Um…thanks.

Because nothing happens around here without a little gallows humor, miscarriage #4 came mere minutes after the Philadelphia Eagles lost the Superbowl. I’d been lying on the living room floor letting the baby play with my hair and feeling crappy in general while Mr. Black watched the game. Suddenly, it was go time.

And it was awful. It hurt like labor, complete with contractions and dilation and pushing. With every wave of pain came a grisly expulsion of gnarly clumps of blood and tissue. We’d left the TV on, and the premiere of American Dad cavorted in the background. Mr. Black held my hand and rubbed my back, which was incredibly comforting but also reminded me that the last time we did this, we ended up with a baby. Overall, I’d have to say Worst Superbowl Ever.

Somehow, going through all that only strengthened my resolve to have another baby. But when we were finally lucky enough to welcome Little Grrl to the family, there was no doubt in our minds. The baby factory was now CLOSED. I have had all the miscarriages I am ever going to have. I don’t ever, ever want to go through something like that again. Hello, IUD.

Look, there are obviously lots of reasons to be in favor of birth control beyond my little middle-class-married-mama story. But do I really need to list them? Is it really anybody’s business in the first place? Honestly, I might as well write about why people should have access to penicillin or Vitamin C or something. Isn’t it obvious? Birth control makes us healthier and safer. It helps us build our families. It puts us in control of our bodies and our lives. And, let’s face it, birth control prevents abortions.

Why do I feel like the minute I start making arguments like this one, we’ve already lost? Why is it up for debate at all? I hope Mr. Black is right, that this is simply the latest song-and-dance number in the culture wars now that the economy is on the mend. Because a 42-year-old mother needing to defend her IUD is just a little too ridiculous. 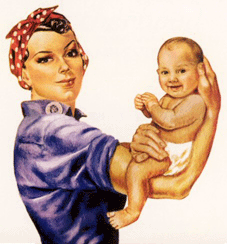 Observations of a Crazy World said...

Excellent post! I was randomly looking around for new blogs to follow and I am glad I came across this one. And don't worry - the debate doesn't mean we have lost, it just means that some people forgot why we won in the first place!