Where Do You Go From a Thanksgiving Layoff? 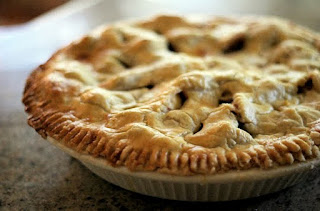 Down the hall in the break room, every inch of counter space was packed with various crock pots and pies. The smell of turkey wafted through the air. But first, our entire branch filed into the training room for an impromptu meeting.

Here we go again, I thought. The whole time I’d worked there – nearly four years at that point – there’d been rumors of downsizing, departments closing, even the entire branch closing. Nothing had ever come of it. They’d call us up to those meetings, amid a heavy mood of anxiety, just to announce personnel changes or some new policy. Surely today wouldn’t be any different. Who would announce a branch closing right before the Thanksgiving potluck?

And yet, that’s exactly what they did. “You’re all fired. Have some turkey.”

Okay, it wasn’t quite that harsh. They tried to let us down easy. They told us the office would be open through January, so there’d be plenty of time to look for new jobs. They let us know we were welcome to apply for jobs at corporate headquarters in Atlanta, or apply for retail jobs in any of the big box stores our office supported. They answered our questions as best they could. All around the room, you could hear people quietly crying.

Finally, we adjourned to the break room for one very stunned and surreal Thanksgiving feast. I think I ate about five desserts and very little else. We let each other vent. We wondered what we’d do next. We debated whether to call our husbands and wives now, or wait and tell them at home. Some of us were stoic, some were anxious, some were angry. Everyone had their own unique way of coping.

As for me, I was a little bitter, a little worried, a little ashamed, but mostly…overjoyed! So happy! I was pregnant with The Boy after nearly two years of trying and three early miscarriages. In fact, I’d just found out it was a boy that very week. I knew I’d miss my co-workers. I knew I’d miss a good job and a steady paycheck. But really, I was dying for a break. I wanted to stay home and start nesting, take walks, indulge my urge to nap at 3pm, maybe attend a weekday prenatal yoga class that wasn’t packed to the rafters like the Saturday one. Losing one's job while pregnant is an unfortunate situation. But I could barely suppress a wild, childlike sense of “YAY!!! NO SCHOOL!!!” 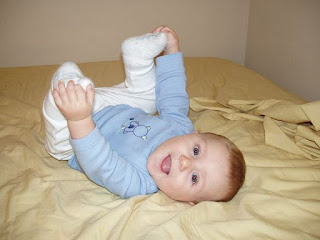 The bizarre thing is, that feeling lasted for nearly eight years. Every time I told the story of my layoff, it was with a “Can you believe my good fortune!” tone. I loved being a stay-at-home mom. Was it tedious? No more so than pricing water heaters for the monthly catalog. Was it mindless? No more so than chanting the corporate loyalty cheer at quarterly meetings. Was it a waste of my education? Please. I have a Masters in English literature. Anything that doesn’t involve analyzing food motifs in late 20th Century fiction is technically a waste of my education. No question about it. SAHMing rocked. And if I hadn’t been laid off, maybe I wouldn’t have had the courage to try it. No regrets.

Until recently. You see, I never intended to stay out of the game for quite this long. I did some freelance work here and there over the years, but The Boy is seven-and-a-half now and I have yet to set foot in another office. Little Girl starts kindergarten next year. It’s almost time. I’ve got to start getting ready to leave my own nest.

And as I look over my prospects and start dusting off the old resume, I can’t help but wonder…what if I hadn’t been laid off? What if I’d taken my little three months of unpaid maternity leave and gone right back to the old job? Would I still be there? Would I have developed new skills and made connections to get myself into an even better job? Would our finances be in any better shape than they are now, or would most of my money have gone to childcare? 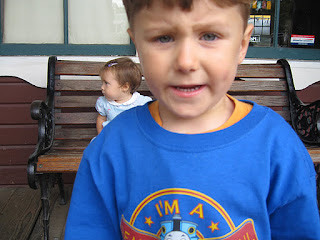 More to the point: Would childcare have even accepted my little Aspergian toddler? When I was hoping to expand my freelance work, I tried sending him to a drop-off daycare. They kicked him out for crying too much. “This is a happy place,” the director explained as she refunded our tuition. I tried another daycare with a better reputation, but he hated that one, too. They didn’t kick him out, but they called me to come get him whenever he had a meltdown, which was often. After a while, I gave up on daycare and quit the freelance work altogether.

Again, no regrets. The Boy’s early years with undiagnosed Aspergers may have put me through the wringer, but I came out of it with all kinds of parenting superpowers and a fierce commitment to special ed students and teachers everywhere. I’ve learned so much, and I’m learning more every day – from his teachers, from his occupational therapist, from special ed activists and writers, and from the children themselves.

Lately I’ve been thinking I ought to put that to work instead of my mad corporate communications skillz. If it works out, then maybe that Thanksgiving layoff really was for the best.
Posted by Floor Pie at 1:37 AM