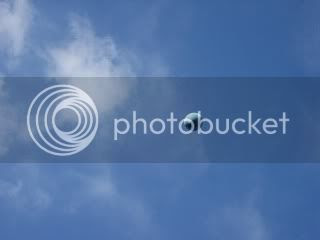 Funny how when we “reconnect,” as the parenting magazines call it – “put the spice back,” as it were – funny how that’s all it takes sometimes. My dog brain confusedly responds as if it’s in love with a new guy. Morning-after optimism skipping home. Ha. Hardly.

This is Mr. Black, my old man. He’s the guy who argues that the dishwasher is “fine” when it smells like rotting milk stuffed in an old sweat sock; the guy who gives me that annoyed, confused look when I know I’ve been perfectly clear; the guy who clumsily stomps on my feelings and acts all defensive about it when a simple “Oh, I’m sorry. I didn’t mean to” is all the situation requires.

Trying to explain again wouldn’t be worth the aggravation, so I just check out. Float away on another widow watch of empty distractions, happily tethered but floating just the same. He’s floating, too, in another direction, and our house is filled with mutual, benevolent silence. It’s hard to be grounded all the time. It’s so much work, so fraught with embarrassment and uncertainty and unfulfilled (probably unfair) needs that can only be met in the netherworld of the imagination.

But I’m not actually going anywhere. He is enough. More than enough. He does so much, devotes so much time, makes this charmed life of mine even possible. He doesn’t electrify me with adoration and compliments. Never did. Never swept me away, even in the beginning, with that reserved no-nonsense Spock-logic. But I was swept nevertheless, not by any words or gestures, but by his presence and the mere prospect of love from a man like that. Him showing up and loving me was enough.

We had this long, glorious leap of faith that stretched from Philadelphia to Seattle; a bright, soundless soaring that made everything else seem distant and past. Then we crashed and bumped down, got on our feet, stumbled around for a while and eventually just started walking along. This is what marriage is. Other humans are maddening and imperfect. They can’t change to suit us. Change is next to impossible. Settling, though? Well, that’s easier.

There’s so much I don’t even try to fight about anymore. I know he loves and respects me. Most of his actions indicate as much, even though he lurks around like a sullen teen sometimes. Not only is this as good as it gets, but it’s really good much of the time. We’re good friends, good parenting partners, great . . . um . . . partners still (sigh).

It’s just a little disorienting, is all. I get these lovey/crushy feelings and nowhere to really put them. This guy can only take so much school-girl adoration from me before he’s gotta watch Wapner. And besides, this is more about me than it is about him. It’s always been more about me than whatever guy happened to be standing there. I just feel these feelings of – I don’t know – love, poetry, intuition, bliss, life . . . and I start looking for somewhere to put them. I’ve always sought a human outlet for them, glorifying even the most benign, clearly wrong-for-me little non-relationships, confusing a suitable temporary recipient for some Great Love.

As a young teenager, flying a kite in the empty fields near my parents’ farm or strolling through the impossibly sensual aroma of summer evening tiger lilies, I’d imagine how it would be to share all this with a boyfriend. But when the time came, something would always fall flat. They didn’t get it. Some of them tried, but nothing could match the intensity of imagined love versus an actual imperfect being standing there missing the point. I don’t know why I thought marriage would be any different. Even under the best of circumstances, my experience is not your experience.

But, you know, it’s all okay. Love is one thing, and I do and always have loved Mr. Black. But this bliss feeling? This is mine. No crush can hold it, no human can match it or satisfy it. This is my experience of love and life, and it needs no recipient to fulfill itself. It simply is. I love my husband. And I love.
Posted by Floor Pie at 4:59 PM