But now I am six,
I'm as clever as clever,
So I think I'll be six now forever and ever.
– A.A. Milne

Well, he’s six. I remember being a day camp counselor in high school and thinking the six-year-olds were so scary-little. I was glad to have the big tough third-graders instead. Maybe six hasn’t changed much since then, but it’s a whole hell of a lot bigger than my baby. Seriously. I look at this and I can barely believe it’s the same person: 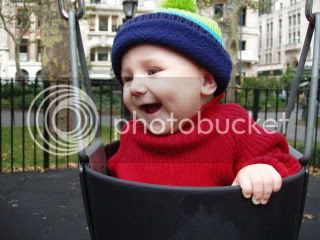 Six, man. That’s well on his way to boyhood. Star Wars, burping contests, and sass-back are already among us. Peer pressure, too. There’s still so much innocence and sweetness left to enjoy, and I’m so proud of his emerging autonomy. But, you know. Boyhood has its challenges.

I love him so much. He is my Huck Finn, my Good Will Hunting, my Bart Simpson. And sometimes he’s the boys who teased me in elementary school, which makes it tricky to make peace with him but oddly easy to make a sort of peace with that part of my past. See? It wasn’t me being an oddball after all. It was them with their high-spirited temperaments and a school that defined them as “bad.” Karma’s a strange one sometimes.

And that’s our fundamental struggle, isn’t it? Him and me, anxiety’s mother-and-son. Only I’m all flight and he’s all fight. He puts me front and center when I’d so much rather blend into the background. And everyone’s got something to tell me about The Boy. He’s “mean,” he’s “gifted,” he’s too loud, he had another meltdown today, I should be spanking him, I should be putting him in a private school, I should be homeschooling him, I should try music therapy, I should leave him alone and stop fretting because he’s Fine. (And I still have post traumatic asshole disorder from that preschool dad who raged at us on the playground last year.)

Well. I don’t know what to make of any of that noise. At least his kindergarten teacher is empathetic and supportive. And when it comes to being his mother, I’m at my best when I turn off my targeting computer and use the Force. One small step at a time, learning from him as much as teaching him. The fact is, he does go against the grain and it is legitimately annoying to people. I’m trying to get better about not letting that break my heart.

Bottom line? He’s a good boy. Good to the core. He is kind and inquisitive, empathetic and earnest. He is wildly intelligent and absolutely must have math and building projects in his life. He thrives in the company of his friends. He has a precocious vocabulary and an adorably emerging sense of humor. He is fierce. And I love that he’s fierce. He has this incredible instinct to stand up for himself that I still don’t really have. So he doesn’t fit the mold. What kid does? People used to complain to my mom that I was too quiet. What can you do?

Put some candles on the damn cake and give him a hug, that’s what. I’d hide the Easter eggs too, but he insisted on doing that himself this year. 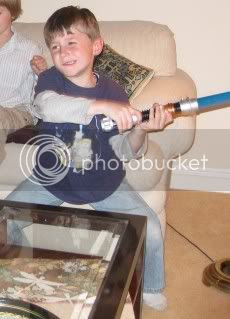