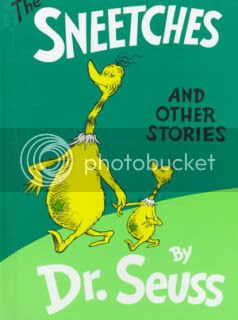 The irony wasn’t lost on me – I was reading Admission, Jean Hanff Korelitz’s excellent novel about a Princeton admissions officer, while waiting for The Boy’s elementary school assignment letter to show up in the mail. In my defense, I’d had the book on hold at the library for weeks. It just happened to show up the week school assignment letters were expected to be mailed. But coincidence or not, it was rather spot-on.

I tried to approach the whole kindergarten enrollment experience with my trademark cynical detachment. Really, I did. But it’s such an all-consuming topic around here. Everybody talks about it as we navigate Seattle’s somewhat counterintuitive public school enrollment process. It’s not as simple as walking down the block to the closest school and signing up for kindergarten.

Some of those schools are packed, with no space to accommodate every student in the reference area. Some of those schools, for whatever reason, are not as exciting as other options in the district. (Alternative schools! Art docent programs! Foreign language immersion!) So we parents find ourselves shopping around for public kindergartens as if they were colleges. Even parents like me, who started out feeling “meh, kindergarten is kindergarten” about the whole thing, get caught up in the madness. (I can hang my head in reluctant-yuppie shame, but I can’t deny that I actually do want the best of all possible schools for my little Impy and Chimpy.) In the end, schools are assigned based on geography and lottery. So there’s not a whole ton of “choice” involved, really.

People get very excited when I mention the neighborhood I live in. There’s a very prestigious “international” elementary school here with an excellent foreign language immersion program. (Something tells me foreign language immersion programs are the new yuppie Kool-Aid. Remember that Cheetos commercial?) The school practically guarantees the groundwork for fluency, and from what I’ve heard they are very hardcore. In the afternoons, only the second language is spoken. If a parent shows up to talk to the teacher, it has to be en español if it’s in front of the students. Apparently, some people claim they can tell these students apart from ordinary elementary school students in a crowd. They’re just that remarkable. Makes me wonder who the school’s mascot is? The star-bellied Sneetch?

But anyway, people hear that I live in this neighborhood and they ask excitedly if we’ll attend this Very Special International School (VSIS). They’re often visibly disappointed for me when I explain that, no, VSIS is not our reference school. It’s located at the most affluent core of this affluent neighborhood. Which is to say . . . not ours. Our block is on the opposite edge of the neighborhood, sandwiched between a state highway and a slowly regentrifying arterial, walking distance from a porn store and a giant “Parks and Recreation”-style abandoned-construction-project pit (and below another bowling alley). No VSIS for us.

The school is so popular, in fact, that many of the students in its reference area don’t get in. There’s a whiff of anxiety and competition among the parents who are hoping for their kids to attend the school. Desperation, even, in some cases. One hears rumors of parents renting apartments close to the school just to get in. I don’t know whether that’s true or not, but such rumors seem to have bred a vigilant sense of gatekeeping among some of the parents already safely enrolled. Families who move further away from the school have been asked (but not forced) to leave. Those who choose to stay are regarded with suspicion and resentment by some parents. Which, in my mind, presents an unintended but problematic class issue. Here we have a first-rate “global village” of a public school that’s de facto exclusive to a particular class (and most likely race, if you look at the neighborhood demographics). I’m just sayin’.

I don’t mean to sound sour grapesy about it, but I’m actually a little relieved that VSIS is not our school. Foreign language immersion is cool and all, but it’s not a big priority for me. The Boy can pick up a foreign language later in life if he wants to. I’ve had my share of doubts and worries about the kid, but his intelligence was never one of them. My boy is wicked smart. He’s never seen a flashcard or a Leap Pad in his life; it’s just in his blood. I’m certain that he can learn and excel at any subject he chooses.

But, as my faithful readers may remember, I do have my doubts about his social/emotional readiness for school. Just as he’s inherited the family brainiac gene, he’s also inherited the family anxiety. O, the anxiety. I can read it all over his face. The flash of panic in his eyes. I can see him swallow it down and shudder it off. And when it gets too much for him, every cry, every gasp to catch his breath and attempt to explain, rings true from the pit of my stomach to the top of my throat.

If anything has held me or Mr. Black back in life, it’s not intelligence or education. It’s our own anxiety. It presents as a kind of social skittishness, sometimes masquerading as bravado or snobbery, sometimes hiding behind books instead of under the bed (where we really want to be). We like to sit in our little corners and do our little jobs. We’re closing in on 40 and it looks like we’re not going to have superstar careers anytime soon. We’re happy, of course. But I’d be lying if I said I didn’t hope for more for my kids. I want them to get out there and kick the scary world’s ass with their mad skillz – anxiety or not. Maybe they will, maybe they won’t. I’ll love them and be proud of them no matter what. But I want to at least give them a fair shot at it.

And when The Boy’s main challenge at school is learning to self-soothe and manage his prolific anxiety, it’d be one less roadblock if he were allowed to do so in his native language. When he’s approaching a 5-alarm meltdown, it’s a freaking triumph if he can express his feelings calmly to an adult at all, never mind en español. So, hasta la vista, VSIS. Not that we’d have gotten in anyway.

Oh sure, it’s a wonderful school and I don’t begrudge my friends whose kids got in any of the accompanying pride and joy. We all want the best education for our children. Of course we do. But “best” is a relative concept if you’re looking beyond test scores. “Best” doesn’t necessarily mean “popular” or “competitive.” “Best” certainly doesn’t mean “restricted to a particular neighborhood.”

As it turns out, The Boy was lucky enough to get a spot at another star-belly school in Seattle. It’s an alternative K-8 that’s not neighborhood-bound, but still stirs up a slightly uncomfortable sense of competition and star-bellitude. The kindergarten tour was such a dog-and-pony show, I actually considered not even bothering to apply. The chances of getting in were so slim anyway; one big lottery for the whole city.

But underneath all the self-congratulatory rhetoric and the embarrassingly nice facility, the school just seemed like a good match for The Boy. Classes are smaller. Social skills are emphasized. Arts and science are strong. They have gym class every day, but with non-competitive sports like rock-climbing and unicycle-riding. I got a general sense that maybe, just maybe, his differences would be less of an obstacle for him at a school like this. And I could be dead wrong, of course. But at least the school bothers to make some sort of pretense toward valuing empathy and so forth. That’s got to count for something.

Some of the same people who were clamoring for VSIS are impressed with The Boy’s new school, but wouldn’t want their own kids to go there. The reason? Students at that school are from all over the city. There’s no sense of community, they claim. Our children will make friends with kids from other neighborhoods and then we’ll have to drive them there for playdates, they claim. But I see that as a strength. There’s no foreign language immersion at this school, but it’s “global” in a more authentic way.

So, we’ll see. Six months from now I’ll either be griping about the school’s hypocrisy or merrily swilling down the star-belly Kool-Aid. Or both. We’ll see. We’ve got a nice long summer ahead of us before the reality of kindergarten sets in…
Posted by Floor Pie at 11:28 PM

It's not a bad thing that we have so many great K choices in Seattle, but it reminds me of the time I sent a newly-arrived German friend to an American supermarket to buy a bag of potato chips. She came home with 6 different bags: "There were too many kinds. I couldn't decide."

As a close observer of this North Seattle phenomenon (it's not nearly so intense in the Southend) it sounds like you've approached this with the right balance of concern and philosophy.

I've counseled dozens of families on kindergarten choice over the past 8 years. Some have wound up in the VSIS and other coveted schools, but just as many have landed in the "bad" schools. Every single one of them has been happy with their choice.

This is the main advice I've given: Your child will thrive in kindergarten because of you. The single most important determinant of a child's academic achievement is having parents who value education and who get involved.

"The Boy" will have a great year in kindergarten because you're his mom.

As you know, my son shares similar social anxieties. I AM, however in the tight geographic circle for the VSIS (.4 mi) and I expect, would have gotten into said prestigious school, but we did not even apply.

The look of horror on the faces of current families of the VSIS and the look of shock on those families trying desperately to be accepted (in more ways than one) to VSIS confirmed our choice for our son; a local (but not as close to our house as VSIS), well thought of, "basic" elementary with an amazing parent/family community.

It IS too bad that I could not auction off "our spot" to VSIS to the highest bidder; we could have paid for our boy's first year of college!

Wonderful post. We're two years from the big K but each year I get vicariously sucked into the drama via friends going through it. I try to ignore it until it's our turn - and it looms closer and closer!

Beautiful post. We're two years out, too, and I have friends with kids the same age as mine that are already touring kindergarten classrooms. Me, I can't live with that kind of stress for that long. I'm sure Teacher Tom is right when he says that children who thrive in school (public or private, prestigious or not) are those with parents who value education and get involved, but like you, there's that nagging worry, that need to be sure my kid isn't held back by what were/are my own hangups (exceeding in school NOT being a problem for me, either--anxiety and shyness were my big shortfalls, too). Knowing this about my kid will no doubt influence the way I look at things when we're up at bat.

Good luck at the alternative school, and, might I say, congrats on getting your choice. I'm sure that's made the summer wait just a wee bit easier on you.