Mr. Black and I were married on a perfect October day, and that month holds a sweet little place in my heart. But really, our relationship is all about January. Grey, rainy, mud-puddled, miserable January. That’s the month we first met. And, one year later, January was the month I moved from Philadelphia to Seattle to be with him.

Moving to Seattle in the middle of winter – in a La Niña year no less – isn’t exactly enviable. But for me it was one of the most romantic things I’ve ever done in my life. It was my own personal chick-flick moment, a real-life version of running through a crowded airport to catch the guy for a roll-the-credits kiss while some love song swells in the background (let’s just say “Renaissance Affair” by Hooverphonic, since I was listening to that pretty much constantly as I packed up my apartment).

Every tedious detail of the move was thrilling. I remember feeling dreamy just pulling into Staples’ parking lot to buy more bubble wrap. There was a packing frenzy, multiple trips to UPS to ship my boxes, a lively series of going-away parties with various groups of friends. I left my beloved apartment, all carpet and windows and walls, still echoing with all the fun times I’d had there. I got on a plane with my cat and some suitcases, flew through the night to the other side of the country, and dropped from the rain-soaked sky to make Seattle my new home. Seeing my guy every day after six months of long-distance relationship felt so incredibly luxurious, I barely knew what to do with myself.

This wasn’t my only long-distance relationship, by any means. I’d spent the better part of my twenties falling for guys who were about to move far away. Austin. Santa Cruz. San Francisco. And less exciting places like Pittsburgh or Cincinnati. I don’t know why.

A co-worker used to tease me that I was driving them away (I know, hilarious!). Self-deprecating as I am, though, I really don’t think that was it. Maybe I just wasn’t ready to be close to anyone. Or maybe I was hoping one of those guys would turn out to be some sort of Jack-Kerouac soulmate-type to spirit me away to a more exciting destination. (I’d always aspired to move somewhere new and exciting, but hadn’t managed to get much further from home than Philadelphia on my own. I love my solitude and I love a good adventure, but I couldn’t bring myself to be, you know, alone alone.) Or it could simply be that it’s easier to strike up a meaningful conversation with someone who’s about to leave the state and has nothing to lose anyway. A sort of carpe diem mentality takes over and makes for some delicious weeks before you lose each other in the shuffle.

That’s how it was with Mr. Black at first. We were an instant mutual sensation, spinning in a field like Lisa, Thelonious, and Linguo. I knew he was planning to move back to the west coast, but that only made it feel downright necessary to spend weekend after weekend in each other’s arms unapologetically. Because we both knew there was an end in sight.

Except neither of us actually wanted it to end. And before I knew it, I was running errands in the warm rainy winter with an actual boyfriend. We bought a TV together. And plastic hangers. We drove a rented car all over Southcenter’s cheap furniture district in search of the perfect sofa (and didn’t find it).

But there was something magical about all this rainy minutiae. I remember waiting with him to cross a busy street in the University District. It was so wet, so relentlessly wet, the rain seemed to be falling in all directions from every surface. Then I happened to glance toward downtown and was positively mesmerized by the way the clouds obscured the skyline into something hazy, purple, and ethereal. Like a Monet. 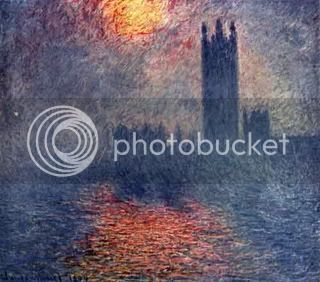 I couldn’t stop looking at it, couldn’t stop being amazed that I could be here at all, simply here in this painting with this man who made me so endlessly happy. That’s how it was in those early January weeks.

Sometimes. I have to admit, it was a little like that last scene in The Graduate, too. Joy! Together at last! But everything else was kind of empty. No job, no friends. Just romantic love and static. My new apartment’s buzzer was broken, so I spent those early afternoons waiting by the window in my empty living room for the UPS truck to arrive with my boxes. Looking up at that milky sky, I felt like I’d just been dropped here out of nowhere.

When I was planning to move, people loved to warn me about the rain in Seattle. I’d scoffed. Who’s afraid of a little rain? But seriously. Rain. Every. Day. My glasses were in a constant state of mistiness. I learned to tuck my hair up into a hat before heading outside. I’d brought an umbrella with me, but it wiped out in a swift gust of wind during its first hour of use in a Safeway parking lot. Mr. Black still teases me about that. Apparently no one uses umbrellas here.

But sometimes, unexpectedly, the clouds would rip open and volumes of sunshine would pour through, boundlessly generous, as if making up for lost time. “Sunbreaks,” they call them. Walking home from the grocery store one day, I gasped to see a row of huge snow-capped mountains startlingly close on the horizon. Where did they come from? I’d been walking down that street every day for three weeks and hadn’t seen them before. “The mountains are out!” a woman shouted to her friends, and did a joyful dance down the sidewalk. And when summer came, the mountains were out all the time, gleaming over the brilliant indigo lakes and Puget Sound like a postcard. I was in love. Not just with my guy, but with this place.

That was ten years ago. I still can’t quite believe it’s been that long, even with all the changes that have happened. Ten years.

I still feel incredibly romantic for my guy and my city. I still have moments of pure amazement that I get to live this happy life in this beautiful place with people I love so much. This is better than anything I could have hoped for when I was taking my first tentative steps into adulthood. And whenever I come back to Seattle after an east coast visit, the city feels alive to me somehow. So many corners saturated with so many memories. Those taller-than-tall evergreens. The eerie green glow of the Space Needle at night. That the rich, misty air.

Because the story isn’t really over. Happy though it may be, it’s not “ever after.” This life is a constant process, and 2009 is shaping up to be a somewhat challenging year. Trying to go back to work in the midst of an historically sucktacular economy. Sending The Boy off to kindergarten in the fall, hoping like crazy that somehow this volatile world will be kind to him. And each year that goes by makes me feel a little more uneasy about living this far away from my parents.

This is also the year I turn 40. Sometimes I really feel like I’ve made my peace with that. Other times I can’t even fathom it. I mean, come on, 40! That’s older than the characters on “thirtysomething,” and remember how grown-up they all seemed when we were watching the show back in the 80’s? How can I be turning 40 when I still speak in Simpsons quotes and dress like a college student who’s slept through her 10:00 a.m. class?

Oh well. I’ve got a few more months to get used to the idea. And while the future is a little uncertain right now, I have high hopes for the best. We’ve made it this far, after all. Happy ten-year anniversary, Seattle. 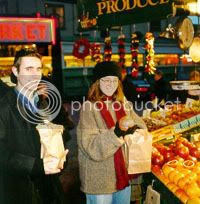 Oh, wow, did you strike a nerve and a memory. This describes almost exactly my move to San Francisco - except I met the guy right after I moved there - and, like you, fell in love with them both hard and fast. We are even the same age. God, I wish I had never left. Thanks for sharing.